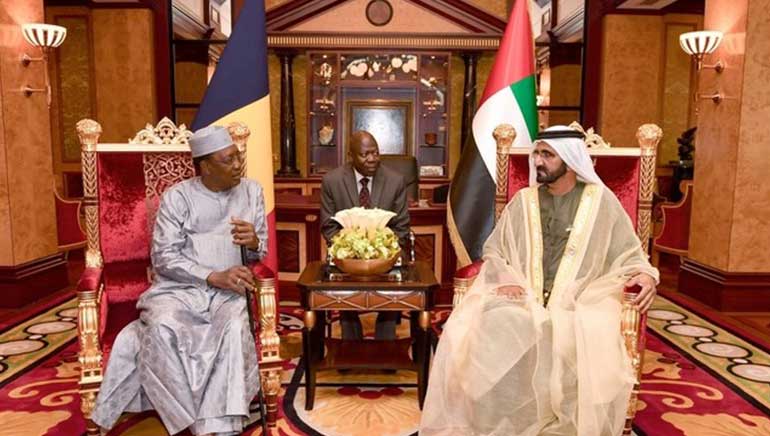 During his visit, Chadian President met the Crown Prince of Abu Dhabi and Deputy Supreme Commander of the Armed Forces, H.H. Sheikh Mohammed bin Zayed Al Nahyan.The two leaders discussed to boost bilateral relations, particularly in the fields of economy, trade, investments, development, and energy. They also scrutinized the aspects and opportunities which could potentially forge economic partnerships, joint development programs and vital projects between both the countries. A discussion on regional and international developments and issues of shared interests of Chad and the UAE also took place.

H.H. Sheikh Mohammed bin Zayed Al Nahyan underlined that the UAE under the guidance of its President H.H. Sheikh Khalifa bin Zayed Al Nahyan is keenly interested in bolstering stronger relations with Chad and is eager to intensify dialogue to advance their ties. He wished the Chadian President further success, progress, development and stability for Chad. Mr. Idriss Deby also expressed his delight at visiting the UAE and showed his interest towards the expansion and advancement of successful bilateral ties between Chad and the UAE.