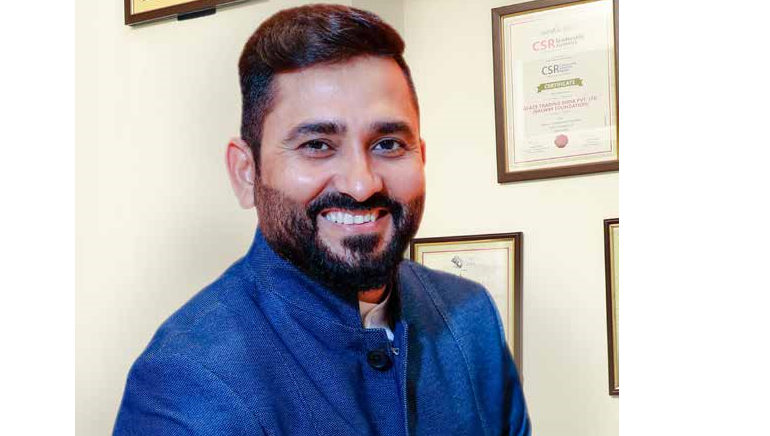 Efficaciously turning every challenge that came his way into an opportunity by the virtue of his sheer grit and earnest efforts, the Founder-Director of Glaze Trading India Pvt. Ltd., Mr. Chetan Handa has successfully built a popular brand in the highly competitive FMCG sector.

CHARTING HIS OWN SUCCESS TRAJECTORIES

Despite the fact that Mr. Chetan faced umpteen challenges in launching the FMCG brand in the market for gaining confidence of the customers and visibility of the nascent brand, he never gave up. He confidently faced every obstacle that came his way and perceived it as an opportunity. As he puts it, “As the Founder-Director of Glaze Trading India Pvt. Ltd., it was my earnest endeavour to set up a company with turnkey systems and processes where the constraints of capital, investment and resources can be encountered effectively. Marketing of FMCG products under our own brand in a direct selling business model with customerfocused selling emerged as a preferred option. The importance of grooming of business partners through sustained training initiatives and managing the transactional base through rapid IT intervention emerged as the 2 fundamental areas of business priority.”

Mr. Chetan takes pride in the fact that his “personal intervention and indulgence in both these fronts enabled the new startup company Glaze, to register rapid growth with abundant prospect of future expansion. The focus on IT and Technology enabled the IT department within Glaze to emerge as an independent division first and now as an awarded IT company – Sakshem IT Solution with diverse portfolio to manage multiple applications in various technology platforms.” He expresses elation over the fact that “the future emergence of digital marketing platform as a desired buying option for customers was realized early and the benefits of this option were enabled for our channel partners with the launch of the e-commerce venture of Glaze under the name GalwayKart to enhance customer outreach.”

EFFICIENTLY LEADING HIS TEAM TO SUCCESS

It is a well-established fact that leaders play an important role in the growth of an organization. Some leaders lead by example and inspire others to push themselves towards success. Mr. Chetan is one such leader who has been consistently motivating his team members to put their best foot forward at all times. Talking about his significant role as a leader, he elaborates, “While laying the foundation of Glaze with the preferred business model adopted, the role of training and education to transform the channel partners as valued contributors, touched a personal chord with my preference. I took the onus of being the lead trainer and lifestyle coach for the company to groom the channel partners, which have now become my passion and key to success for the company. ‘Failure is not fatal and success can be groomed and duplicated’ became by motto.”

Taking about some of the challenges which he faced and the innovated measures which he had devised to overcome them, he states, “there were steep challenges for gaining confidence of customers and visibility of the nascent company with an unknown brand in the competitive FMCG segment. However, the avenue of empowerment and entrepreneurship underneath the business opportunity in the course of sales and marketing of products and services touched a personal chord with thousands of underprivileged youth, in sub-urban towns and cities, aspiring for a better livelihood, who joined the business.”

He further adds, “The voice of the business opportunity to create and share wealth in a win-win partnership leveraged on performance, helped the network to expand much faster than expected. Training of the emerging channel partners in a holistic way in a step by step, substantiate manner by creating quality training tools became the need of the hour which were delivered on time with precision under my direct supervision. The loyalty of the channel partners was thus secured for an everlasting relationship based on mutual trust and respect.” He “leads from the front” and has “always believed in ‘creating wealth and sharing wealth’ in a win-win partnership for sustained success.” “Passion, persistence, determination, dedication and discipline” are an integral part of his success mantra.”

Possessing a heart of gold, Mr. Chetan is deeply concerned about social welfare. He asserts, “Giving back to the society has always been my personal goal which finds its echo in every company initiative. What I am today is because of the society and the customers we serve. Thus, corporate social responsibility is the most pious thing to indulge in.”

Mr. Chetan elaborates, “Galway Foundation runs 2 flagship programs, Self-Empowerment Program (SEP) and Digitalya. For developing people spiritually, the Foundation runs SEP while Digitalya aims to provide free of cost training in informatics & computer basics to the people who have no or little knowledge of computers. SEP program has touched 1 lakh 56,000 lives till date while 13 Digitalya labs in 8 states have educated 26,000+ ICB certified participants till date.”

He adds, “Along with its 2 major programs, the Foundation has been spreading smiles in the lives of disadvantaged communities by raising awareness & making voluntary contributions in the areas of child education, health, welfare of the specially-abled people & organizing blood donation camps.” 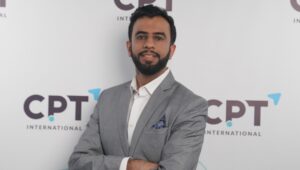