Chief of U.N. atomic agency arrives in Israel for talks 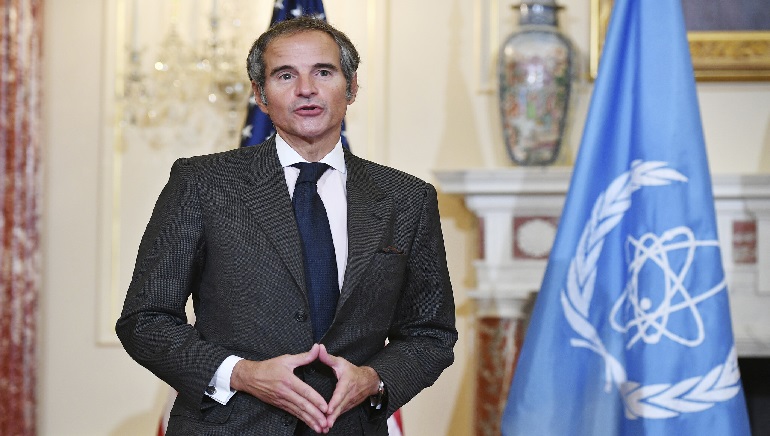 Chief of U.N. atomic agency arrives in Israel for talks

The director of the U.N.’s atomic custodian has set foot in Israel and is soon going to begin discussions with top officials

The visit comes as Israel indicates escalating concerns about Iran’s atomic activities and comeback to the 2015 nuclear agreement between Tehran and international superpowers.

It is believed that Israel is the only nuclear-armed state in the Middle East but has never admitted to having such weapons.

The office of the Israeli Prime Minister stated that PM Naftali Bennett would meet with the director-general of the International Atomic Energy Agency, Rafael Grossi

Israel fiercely opposed the 2015 nuclear deal and was pleased with the unilateral withdrawal by the Trump Administration from the agreement, which resulted in its fall down. The Biden administration has been trying to reopen the agreement which ended sanctions on Iran in return for limits to its nuclear program.

Iran has always claimed its nuclear activities are solely for non-violent purposes but has increased uranium enrichment after the fall down of the nuclear pact to near weapons-grade levels.

U.S. intelligence agencies, Western countries, and the IAEA have alleged Iran ran a systematic nuclear weapons program until 2003. The U.S. and Israel have said that they would not eliminate the use of military force to stop Iran from developing a nuclear weapon.