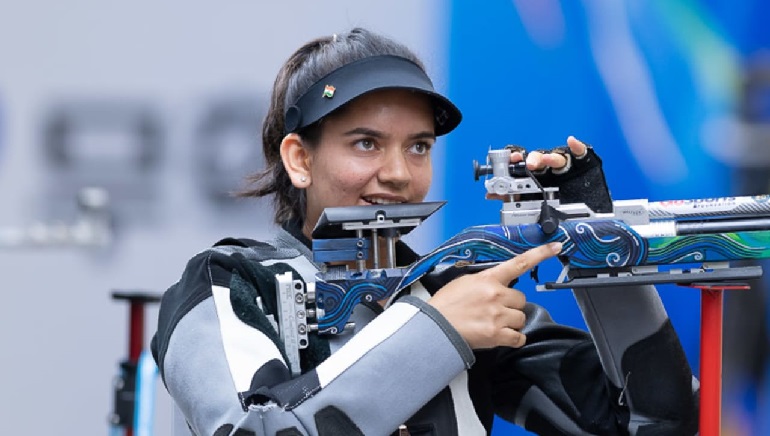 She won with a score of 406.5, playing while maintaining consistency throughout the event. However, she narrowly lost the gold to Denmark’s Rikke Ibsen by 16-12. This brought the total tally for India up to three.

Anjum qualified on Thursday for the top-eight ranking round with a 587 score out of 600, among 60 other shooters. She stood in fourth place, then finished second later with 406.5 to the Norwegian’s 411.4.

The world cup started on May 27 and saw Swapnil Kusale, Deepak Kumar, and Goldie Gurjar also win silver at the event, and a team of Elavenil Valarivan, Ramita, and Shreya Agarwal win a gold medal in women’s 10m air rifle, defeating Denmark by 17-5. India fielded a 12-member rifle squad in the World Cup that will end on June 7, 2022.