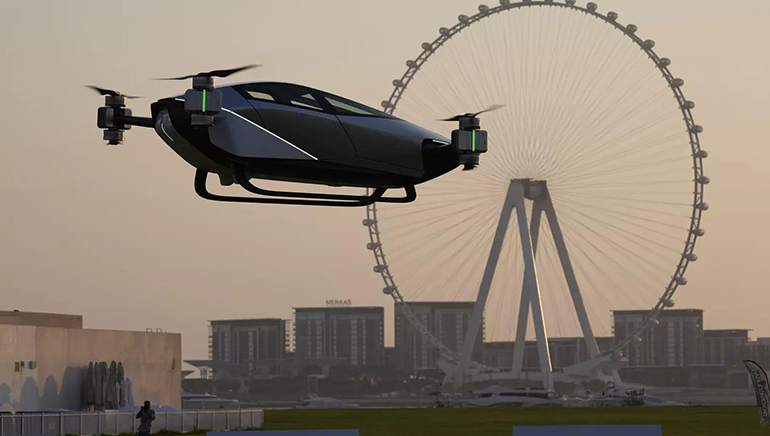 A Chinese company tested out an electric flying taxi in Dubai on Monday, in a bid to overcome the traffic and reach the destination in the least possible time by boarding air taxis from the doorstep.

XPeng X2 is one of the many flying automobile projects underway worldwide, which was created by the aviation division of XPeng Inc., based in Guangzhou. However, very few have undergone successful passenger testing, and it may take several years before any of them are actually placed for use.

However, this trial offered a few glimpses of leading and innovative technology that one day might help fly passengers across busy cities snarled by other traffic. The company claims that although Monday’s testing used an empty cockpit, a manned flying test was conducted in July 2021.

The flying taxi is a two-passenger vehicle with a modern design and is propelled by eight propellers. The highest speed of this sleeky vehicle, according to the company, is 130 km/h.

Helicopters also have vertical take-off and landing, but these eVTOLs are safer, quieter, faster, and environment-friendly.