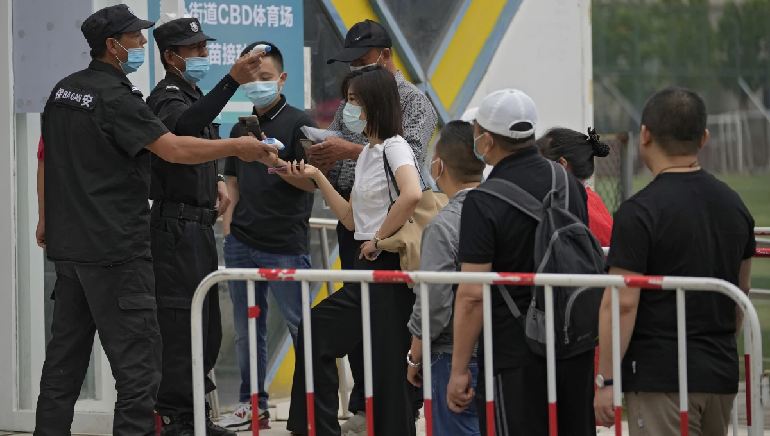 Weibo, Twitter, and YouTube are surfacing multiple videos showing personnel in hazmat suits placing iron bars on the doors of people’s homes and hammering them in place to avert anyone from leaving. The Chinese officials are locking the residents inside their homes as China grapples with a nationwide surge of Delta Variant of COVID-19.

Taiwan’s News writer Keoni Everington said this step was the repeat of the extreme tactics which was earlier seen in Wuhan at the start of the pandemic. In one of the Twitter posts, a man was seen “caught in the act” of allegedly busting out of his quarantine to have some fresh air. The authorities said if a person is seen opening their door more than three times a day, he/she will be locked inside. Several videos are being uploaded where the doors are being sealed by the authorities and broadcasting is done to the residents which declare: “people must not go out. As soon as they are caught, their doors will be sealed.”

China’s National Health Commission has announced 143 fresh cases of COVID-19 in at least 17 provinces. This was the highest number since January 20.