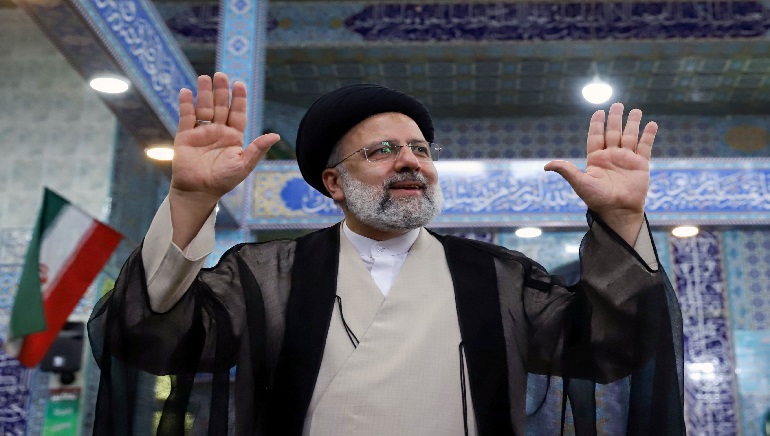 On Thursday, Ebrahim Raisi was inaugurated as Iran’s president signaling the start of a new harder-line era of Imran. It can herald major shifts in the Islamic Republic’s policies at home and abroad. After the moderate administration of eight long years of Hassan Rouhani, Iran now turned Raisi into an Ultra-conservative judiciary chief. His views are completely in line with the rational thinking of the country’s powerful clergy and the Supreme Leader Ayatollah Ali Khamenei.

His inauguration came at a very pivotal time when Iran is currently in indirect negotiations with the United States. The strategy involves how to revive the 2015 nuclear agreement. After swearing-in, Raisi called for US sanctions to be lifted and said that his government will support the diplomatic plan that will realize the objective. The aim behind the nuclear program is said to be “peaceful” according to Raisi. He rejects the use of nuclear power except for civilian purposes.

The reason behind Raisi’s first press conference after he was elected was Saudi detente. He sent a warm welcome to Saudi Arabia. Raisi’s ultimate goal is economy, which means foreign trade and when he speaks about foreign trade it means de-escalation which ultimately aims to detente with Saudi Arabia. It also aims at dealing with other countries in foreign trade.