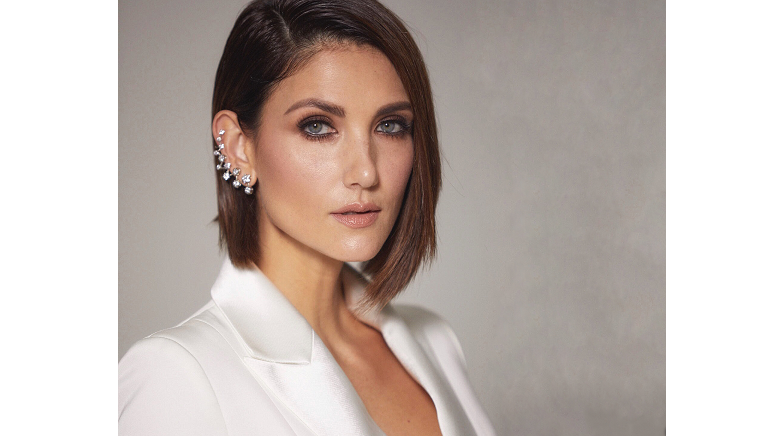 A beauty with brains, Ms. Cindy Sirinya Bishop is not only the topmost actor,performer, and an entrepreneur but also an ardent crusader for women rights in Thailand. She has revamped the Thai entertainment space with her artistic skills and contributed greatly to the cause of women dignity by pushing against the cultural stereotypes that deepen discrimination and violence against women. The actress is the true role model many Thai and global youngsters look up to.

Born to Mr. William Burbridge and Ms. Patricia, in Bangkok, Ms. Cindy Sirinya Bishop was raised in Pattaya. She started practicing diving at the age of five, which eventually brought to herthe first ever modeling contract she signed and was shot underwater for the promotionof a diving equipment store.

Fascinated by the creative freedom it gave her, Ms. Bishop developed a keen interest in modeling. In 1996, she won the Miss Thailand World pageant and became a household name. Later that year, she also represented her country in the Miss World pageant held in Bangalore, India.

Even though she could not win the competition, her confidence, beauty, and diligence made many leading brands choose her for photo shoots and modeling assignments. She turned the cover page celebrity for international magazines like Vogue and Numero. She also worked with biggest of the fashion houses, including Celine, Chanel, and Gucci.

BEGINNING OF AN ENTHRALLING ACTING CAREER

Ms. Bishop’s next stop was the entertainment world of Thailand. Starting since the year she won the beauty title, she has worked in over twenty television shows, including Ruk Lae Patubai, Plerng Maya. Paap Ataan, and The Crown Princess. Ms. Bishop has also acted in a few movies, including one of the biggest blockbusters, The King Maker. She has also hosted and judged many seasons of Asia’s Next Model, mentored the participants in Miss Tiffany’s Universe: The Reality Season 2, and appeared as the special judge in Drag Race Thailand 2 and The Face Thailand 2.

STANDING UP FOR WOMEN RIGHTS

Like most of the nations across the globe, Thailand is also witnessing a surge in awareness regarding issues related to gender inequality and sexual harassment. Cindy Sirinya Bishop has contributed immensely to this positive development by taking big and small actions to empower women in Thai society.

In 2018, she launched #DontTellMeHowToDress (Don’t Tell Me How To Dress) campaign in response to a news report about the local authorities in Thailand telling women to wear modest clothes during the Songkran Festival to preventsexual harassment.

She took up the matter online and teamed up with the Thai Women and Men Progressive Movement Foundation and UN Women to strengthen her initiative further. She turned the campaign into an exhibition, to throw light on issues of sexual harassment and victim-blaming in Thailand.

Her conscientious efforts were appreciated globally and contributed massively to the international efforts being made for furtheringthe cause of women rights. She feels that it’s important to have difficult conversations and push the cultural norms to bring a paradigm shift in the highly patriarchal ideology and behavior prevalent in the society.