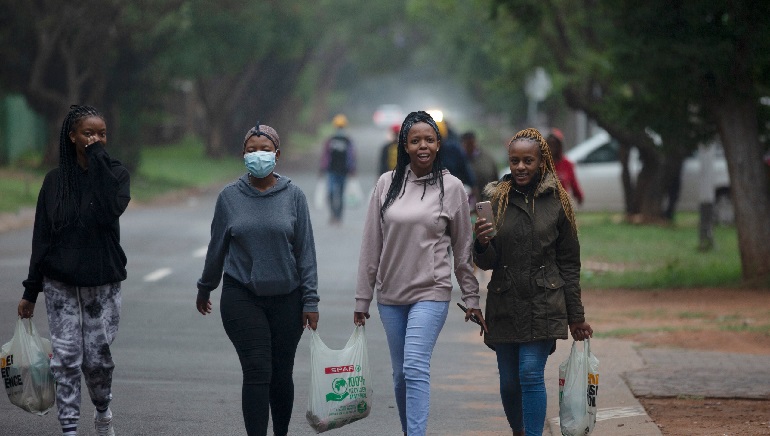 The surge in the number of new Covid19 cases in South Africa has led to worry among health experts, who feel that the new variant named omicron is highly transmissible. The latest Covid hotspot identified in the country is the Tshwane University of Technology, where several students tested positive. However, the variant is already active in all of South Africa’s nine provinces.

While the number of confirmed cases are still low compared to the 25,000 cases that were being confirmed regularly in the last wave, they have been increasing at a quick rate. Reportedly, the virus spread after some students partied in Pretoria and the number of cases increased from a few hundred to thousands. On Saturday, the country registered 3,220 new cases, most of which are in Gauteng. 90% of the cases in Gauteng are caused by omicron. Although there is no burden on the hospitals as yet, the rapid spike is a matter of worry.

The variant’s risks are not yet known but reports suggest that those who have already had Covid are the most susceptible to omicron. And whether the current vaccines are effective against it can also not be told any time soon.