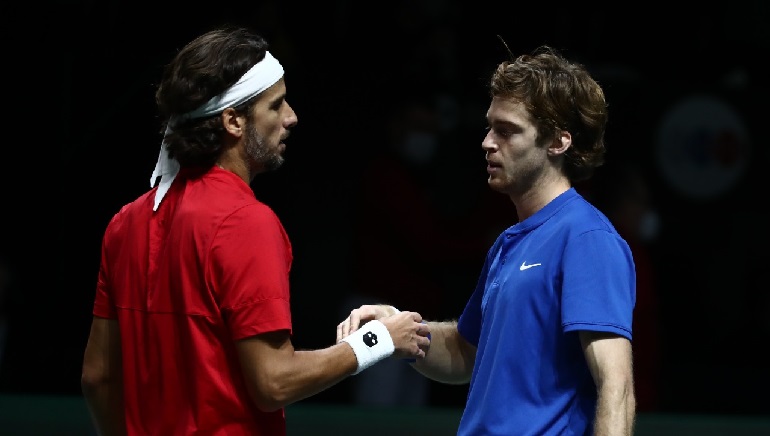 Defending champions Spain were knocked out of the Davis Cup after Russia registered a thrilling win over them to book their spot in the quarter-finals where they will face Sweden. Marcel Granollers and Feliciano Lopez needed to win their doubles decider to send Spain through, but Aslan Karatsev and Andrey Rublev set up a 4-6 6-2 6-4 victory for Russia.

A total of four quarter finals will be played – Russia will take on Sweden, Great Britain will play Germany, Italy will face off against Croatia while Serbia will fight it out with Kazakhstan. The winner of Russia vs Sweden and Great Britain vs Germany will contest the first semi-final, while the winner of Italy vs Croatia and Serbia vs Kazakhstan will play the second semi-final. Winner of the semi-finals will play the final.

The Davis Cup was scheduled to be played last year but was postponed to 2021 due to the Covid19 pandemic.