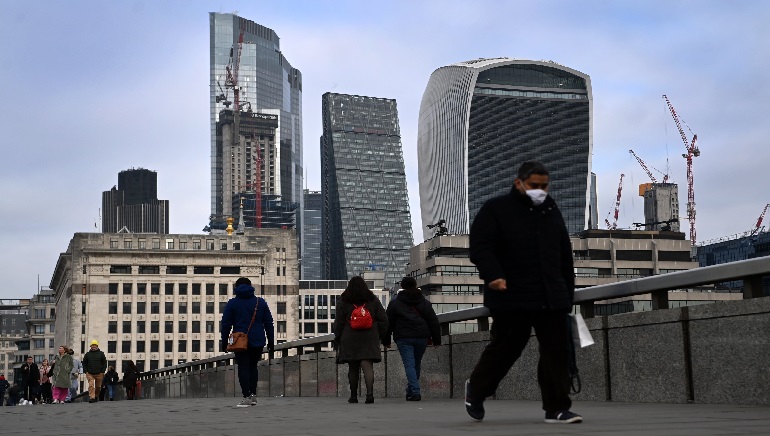 After pandemic restrictions were relaxed across the country in 2021, the British economy grew by 7.5 percent, its strongest year of growth since the Second World War.

According to The Office for National Statistics, the rise in the gross domestic product, which exceeded Bank of England projections, came despite a 0.2% contraction in the economy in December because of the outbreak of Omicron, which led to tougher restrictions.

With the UK sighting the fastest growth in the G7 last year along with GDP remaining at the GDP pre-pandemic levels in December, Chancellor of the Exchequer, Rishi Sunak said that the government’s $542.44 billion package of the COVID support helped the country’s economy to abide remarkably resilient in 2021.

Mr. Sunak said, “I’m proud of the resolve that whole country has demonstrated and proud of our incredible vaccine program which has allowed the economy to stay open”.

In stark contrast to the robust economic performance in 2021, the economy contracted 9.4 percent in 2020 – the worst drop since 1919 when the demobilization following the First World War was followed by a lockdown caused by the pandemic.