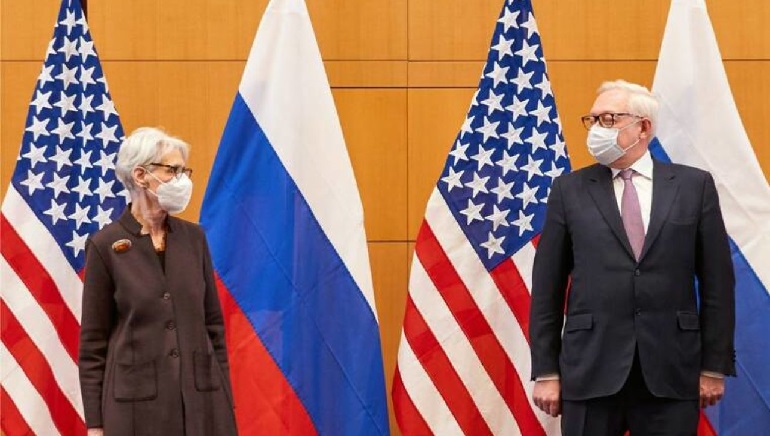 In the wake of Russia’s threat of an attack on Ukraine that has sparked the worst tensions since the Cold War, Russia and the United States concluded a first round of high-stakes talks on security.

In Geneva, the two sides scheduled a separate briefing after full day talk between US Deputy Secretary of State Wendy Sherman and Russian Foreign Minister Sergei Ryabkov. In advance of the meeting, both sides emphasized caution regarding the outlook for the talks.

More than 100,000 Russian troops have gathered near Ukraine, which prompted warnings in Washington and Kyiv about the risk of an incursion into the ex-Soviet country. Kremlin officials deny planning an attack. However, they say they are responding to increased NATO activity on their borders, as well as the threat of an offensive by Ukraine against Russian-backed separatists. The Ukrainian government also denied accusations of invasion.

The Russian government demands a legally-binding guarantee that NATO’s enlargement will cease and the alliance’s military presence in Eastern and Central European countries will cease. This has been dismissed by the U.S. as unrealistic and instead, a call has been made to curtail missile deployment and exercises in the region.