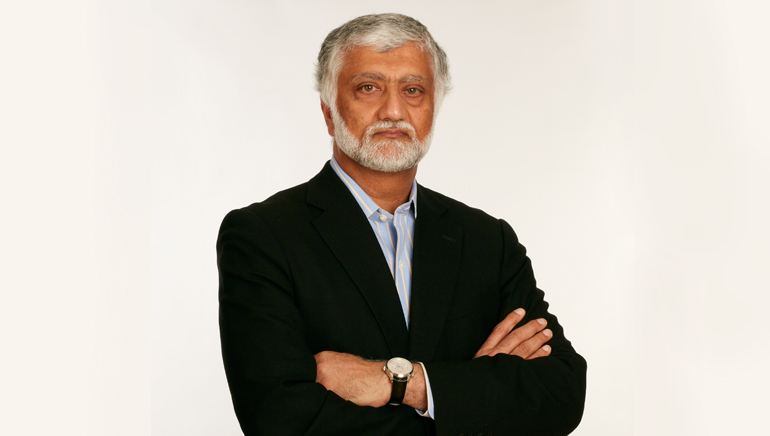 John Maxwell said, “A leader is one who knows the way, goes the way, and shows the way.” If this is so, Dilip Keshu is beyond doubt an embodiment of a true leader who has picked many careers, started from scratch and gone all the way to the top. A true renaissance man. An IIT Madras alumnus, Mr. Keshu graduated in Aeronautical Engineering and started his career at an aeronautics firm. He has since then, worked his way up and lived a life of unusual achievements. Mr. Keshu has had an illustrious career even before he came on board at BORN Group as the CEO. He moved to Singapore early in his professional journey wherein he worked at a high-tech firm. He then went on join a NASDAQ-listed services company focused on HCM/corporate learning. He became an entrepreneur by acquiring some of this company’s assets and focused the newly minted firm on consulting services and digital transformation. The company did well until it started to fail after the 9/11 industry slowdown. He then sold the firm to Scandent and became its CEO. He has made every move of his count and propelled forward by leaps and bounds. His current company, BORN, was started as a creative design, content production and commerce solutions provider. In the many years of his career, Mr. Keshu has been involved in the acquisition of many companies, the divestment of a few and the public listing of one – that in no way is an easy feat. Over the years, Mr. Keshu has led BORN group to become an award-winning global agency that focuses on enterprise commerce and experience design. BORN produces unique brand experiences and offers personalized solutions to each client. Mr. Keshu has led the company with a craft of a strategic winner who has delivered positive outcome every time. Under his aegis, BORN has become one of the most awarded company in its class. So, what is his secret formula for getting it right every time? One of his true beliefs is that success come to those who stay authentic. “People buy from people. So in the end to succeed one needs to be authentic. No one is perfect. No one has all the answers to every question. I have always encouraged people to only display the qualities they possess. The risk in being authentic is that you may not win all the business you pitch for but the flip side is that the ones you win are of a higher quality and longer lasting,” he says. Another core belief that he abides by is followership. It is rightly said that a good leader must be a good follower and Mr. Keshu practices that in his work. He describes himself in almost all written communications as the fearless follower. He also believes that being logic underpins success. “The world does not work on the foundation of flukes and happenstance,” he says. He truly believes that there is logic to everything – that science lies even underneath art. “It’s too easy when success or failure is credited to conveniences like fate or coincidence”, he says.

Under his mentorship, BORN has become a world-renowned name and best in its category. The company has always upheld astandard of excellence that distinguishes it from the rest. For its class-apart initiatives and branding outcomes, the business has won over 50 awards in more than 7 countries all under the helm of Mr. Keshu. The most notable ones in 2020 alone include – Agency of the Year by Marketing Magazine, Best Use of Technology at Digies, Best Digital Agency by Global Brands, SEA Brand Experience Agency of the Year by Campaign Asia among many others. Mr. Keshu’s work has been recognized far and wide. He was named the TechM Associate of the Year 2020, Best Employee of TechM, Entrepreneur of the Year – Advertising, Marketing, & Public Relations awarded Gold by the Stevie Awards for the year 2020, Best Entrepreneur awarded by the Alumni Association of IIT Madras (2019), Management Team of the Year – Advertising, Business Services Marketing and Public Relations awarded silver by the Stevie Awards (2017). It is under his guidance that BORN distinguished itself through unique commercial structures. “With customers, one size does not fit all. We worked hard to provide glove-fit solutions to our clients wherever possible”, he says. He, with his unmatched foresight and focus,grew BORN from a small company to the global giant that it is today.

The firm has 500 customers. He led the company to have presence in 8 countries and when the time was right, he sold BORN to Tech Mahindra and has continued to grow the company even after the acquisition to record levels. The firm has partnered with the world’s leading technology companies – Microsoft, IBM, Salesforce, SAP, Oracle, Adobe and Shopify among others. It was his untiring work that led to BORN’s acquisition by Tech Mahindra in 2019 and Mr. Keshu still continues to lead BORN. The company continues to innovate and dominate at the intersection of art and science, under his headship.

While this past year and a half has been unprecedented for everyone, Mr. Keshu believes that every year something will change, and businesses should be stay constantly agile to adapt and evolve. He applies this principle at a personal level. He had decided early on in his life to not do something again and again. And, he has lived by it – he went from being an aeronautics engineer to mastering computer-aided design and manufacturing software, to enterprise resource planning to corporate education to consulting to IT services to BPO to a marketing agency.

At every turn he started from scratch and reached the pinnacle. After attaining so much in his career and scaling so many professional peaks he is still working to reinvent and try things he hasn’t done before. He is now the author of 3 books, occasionally advises companies pro bono and is also an investor in a few new-age technology firms. He is certainly someone who has a farsighted vision of not only what he can become but also what he can make of the people and community he works along with and that’s what makes a true leader. A self-confessed introvert, Mr. Keshu likes to read and play chess when he is not working on million-dollar projects. He lives a life of gratitude and believes that every day is a gift. For him the whole journey of entrepreneurship was within himself. “Life is about discovery yourself as much as it is about appreciating others around you”, he says. He calls himself a professional dreamer and the way in which he has been leading his life, one can only say – dream big, because they can come true.