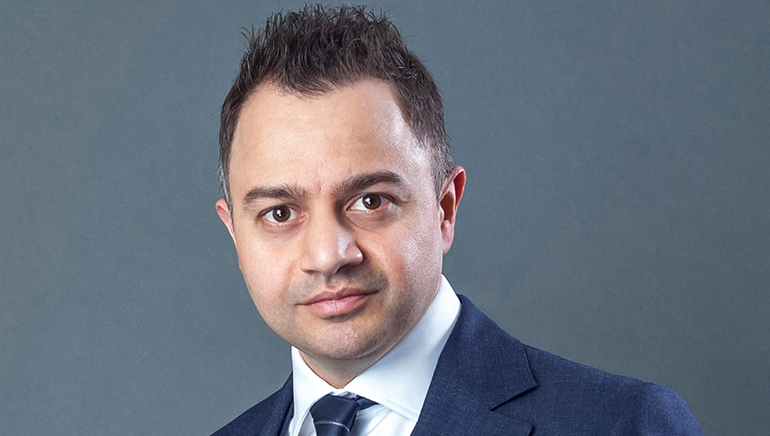 By ensuring focus and progressiveness, whilst preventing himself from being distracted by actions of others, he has been taking charge, making his own rules, and writing his own script for the future Thus, driven by his own ambitions, and not by others’, Dr. Chilwan believes in building capacity for future – financial, people, systems and technology – pre-emptively and continuously, and considers them key ingredients in the recipe for his success.

Though success may be a subjective term, and may be a matter of opinion, Dr. Chilwan feels that it is also definitely personal. Whilst many measure success via theirs or the organization’s financial achievements, he has a very different perspective, i.e. shattering myths and changing mindsets.

He shares, “My success story is not just about the transformation of DIB under my leadership. It is about the mindset change that has happened because of what I believed I have pursued over my entire working life – making Islamic finance the norm. From my earlier achievements in incorporating the model in foreign conventional players, to converting a conventional bank into an Islamic entity, to completely unleashing the true potential of the oldest Islamic bank in the world, all have led to this massive change, and shattered the myth that Islamic finance is limited to select Muslim populous. Clearly it is not and the world knows it now.”

TAKING AWAY THE “IM” FROM IMPOSSIBLE

He is also aware that the world sees only the tip of the iceberg and considers others’ successes easy, and fails to see the years of hard work in achieving any greatness, which is understood and felt by only those who see it through till the end.

He observes candidly, “For me, the journey is just as rewarding as the final result. My career has spanned some of the most tumultuous years in the history of the financial services industry, but what I saw during this time was opportunity. Ten years ago, when I joined the bank, I had a decade-long vision for the organization – I knew the bank could be the single most disruptive player in the financial sector in this time frame. But this message would have been a little difficult to digest at the time, given the effects of the global financial crisis and the positioning of DIB in those days.”

Renowned for taking away the “im” from impossible, Dr. Chilwan set about to adjust the sails, broke the plan down into intermediate goals over shorter horizons which appeared more realistic then, and all of a sudden, what seemed ambitious and virtually impossible in those days is a reality today – DIB is the 4th largest and the 3rd most profitable bank in the country, a jump of around 9 places in less than half a decade, and all of that was possible organically.

Acknowledging that every success is a team effort, and though uninhibited passion and belief played a major role in DIB’s current success, he is also aware that even if your ultimate vision, goal or game plan is visible to a limited few, break it down into manageable steps, keep providing input and guidance to steer and direct, and instead of waiting for things to improve in order to progress and grow, craft out opportunities in any given scenario.

GROWTH – ELUSIVE TO OTHERS, EXCLUSIVE TO US

Getting a chance to understand a situation through the eyes of an expert is priceless, and here Dr. Chilwan shares how around 2008 when the global financial crisis impacted the UAE and the region, he wielded a different approach than most of his competitors and first expertly created the foundation and then swiftly made DIB the fastest growing organization in the region. He reminisces, “In 2008, the impact of the global financial crisis had made its presence known in the UAE and the region, and it was quite a dismal picture across the industry at the time.

“Most players were effectively trying to gather themselves up quickly and grab whatever business was available in the market to show growth in size and profitability. To me, it was clear that we could not do what the others were doing. That approach was definitely not aligned to the long-term plan I had for the bank and the industry.

“So, irrespective of how the market was behaving or competitors acting, for us it was time to CONSOLIDATE. I had a two-pronged agenda in mind even at the time, the second leg being GROWTH, but I knew that we were not ready to get a glimpse of that currently. So I provided the first five-year consolidation plan with yearly executable targets and goals, which effectively aimed to strengthen the bank financially, create capacity (financial, personnel, systems) so as to establish a platform from where growth was inevitable. And then when the time came, well the rest
as they say is history!

“All the scepticism has disappeared, and the market in fact is expecting even more from us. And what to me is perhaps our greatest achievement is that in these last few years, we have made Islamic banking a household model across the country and are now spreading it to other markets as well.”

For him, the true satisfaction is the achievement of what he is pursuing – rewards and accolades are a mere ratification and reaffirmation of what he already believes to be true. His steely self-belief, firmness of purpose and passionate efforts have naturally brought him various recognitions of the highest order, as he has been ranked amongst the top 3 Indian leaders in the Arab world by Forbes, and also in the CEO rankings in GCC. He has also won multiple awards and accolades for his vision and excellence in Islamic banking, including the Islamic banker of the Year award multiple times.

Believing that success is not static, and is not a point in time, but is the ability to build on what has already been achieved to reach newer, greater heights, his thirst for more keeps him inspired and motivated, while he follows his true passions, and always seeks more beyond the horizon. At the same time, his philosophy is reflected in the vision of the organization as well – progressiveness, constantly evolving, improving and moving in a northbound direction.

Committed to give back to the society, which has helped him achieve tremendous success, he is deeply involved in CSR activities. More than just about money, his CSR goes well beyond financial commitment and support. He believes in positively impacting lives of others in a variety of ways, and accordingly devotes his time to propagating not just the business model he believes to be the most appropriate for today’s world, but also his own learnings and experiences to students and practitioners across the globe.

Competing with himself, he believes in daily improvements, which can do wonders while continuously moving towards one’s goals. “One does not need complex strategies and plans and huge towering targets. Incredible things happen if you believe and follow the concept that you are your own competition in this world. My first thought every morning and my life-long motto is simple – TODAY WE NEED TO BE A TINY BIT BETTER THAN WHAT WE WERE YESTERDAY.”