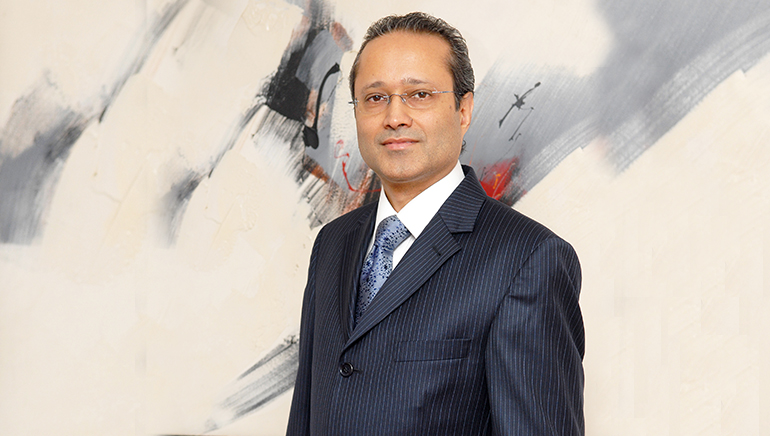 Vineet Jain believes that excellence is a journey, not a destination – and that’s what drives him to do better, and to motivate his colleagues to keep raising the bar. For him work is pleasure, as it doesn’t seem like work! He doesn’t enjoy holidays beyond a week-10 days, and finds the urge to get back to work because it is creative, dynamic and exciting. He considers the creative process very exciting, and has taken several innovative initiatives – over the years, whose impact at the national and international levels is unfathomable – such as setting up Times FM in the 1980s almost as a garage start-up, with his personal collection of music; and establishing Times Internet as the undisputed leader in the country with original creators and distributors of online content.

He reminisces about the Times FM, “It was our group’s first baby step beyond print. That later grew into Radio Mirchi, which is now a household name in cities across the country. In the 25-30 years since we started to seriously diversify, we have become the dominant No. 1 player in virtually every segment we’ve entered – radio, TV, online.”

He is the Managing Director of India’s largest media group – Bennett, Coleman & Co. Ltd., and undeniably holds a vantage point where his perspectives would be entirely different than those of a layman, as his viewpoints, opinions and judgments are taken seriously nationally and internationally. Sharing his views on contemporary India, he feels that a real India cannot be pointed out as “This is real India, or that is real India,” and clarifies, “India lives in many centuries at the same time – both socially and economically. On the one hand, we still have far too many old and entrenched orthodoxies and feudal mindsets; on the other, we are blessed with millions of young and assertive citizens who are globally connected and modern in their thinking. Similarly, we have extreme poverty on the one hand and an expanding billionaire class on the other.” However, despite crisp diversity, he finds India extremely aspirational, which is reflected in the growing, educated, urban middle class that is reshaping our nation in big and small ways.

The media has also been playing a parallel positive role in the building and reshaping of India, as she has a fairly robust, independent-minded media even in challenging situations where journalists often face intimidation and violence, especially outside the big cities; and news organisations face frequent attacks on their freedom to write and report honestly and without fear, and even brave advertising bans from both government departments and corporate bodies. Opining that such bans typically impact smaller newspapers because many of them are financially weak, he strongly feels that media should stand together on such industry-wide issues and challenges, and should collectively support organisations that are facing threats from people and institutions in power. At the same time, he believes that, “Media too needs to continually raise its standards in terms of the accuracy and integrity of what it writes and reports, as well as be more knowledgeable and domain-specialised when it analyses complex issues.”

FOCUSING ON THE CORE

He has had his own share of professional challenges, as even under his dynamic and insightful guidance, changing mindsets especially in a 180-year-old company with an iconic brand, was not easy. He shares, “People tend to be complacent and risk-averse, especially when the traditional lines of business are making good money and the new businesses aren’t likely to yield monetary dividends in the short run. Their thinking is, why rock a stable boat?” However, with a firm belief in the capabilities of a young nation like India, he feels that, “We need to anticipate the future needs of those in their teens and twenties, the millennials. I try to cut through the surround sound of naysayers and status quoists, and zero in on the core of what we need to do, where we need to be.”

Protection of the freedom of speech and expression is a significant step towards a better India, as an independent media would also make India stronger. He definitely wants things changed for the better; however, feels that instead of reforming the entire media industry, some concrete steps towards an independent and transparent media would show the right way. He asserts, “Towards this cause, the judiciary needs to block all attempts at undermining press freedom – whether it is in the form of gag orders or advertising bans. Second, governments should not be in the media business because it creates an uneven playing field; unlike the private sector, they have free access to public funds without any pressure to be financially viable.

Third, if India is to have a healthy, diverse and competitive media ecosystem, telecom companies must not be allowed to favour their own content over that of others; also, just as TV channels are not permitted to own majority stake in cable networks, telcos should not be permitted to own majority stakes in content companies because it constitutes conflict of interest and can lead to restrictive and unfair trade practices. In an era in which digital content – be it news or entertainment – is increasingly being consumed through mobile phones, the principle of net neutrality must be extended to telcos.” He also clarifies on a burning contemporary issue of fake news, “India – and it is not alone in this respect – is facing the growing scourge of fake news and serious concerns about data privacy. We need well-thought-out regulation, not knee-jerk measures to tackle such complex socio-technological issues.”

Mr. Jain derives a great sense of fulfilment when something his Group writes or does helps make a difference, be it at a micro or macro level. Being a fiscally responsible and socially progressive organization, his Group has always taken a cue from the world values and philosophies, and has argued – through Editorials and Times Views – for transparent, fair and optimal allocation of government-controlled natural and financial resources, including spectrum or coal; for an individual’s right to choose how he or she lives so long he/she doesn’t hurt or harm anyone else; for decriminalising homosexuality and suicide; and has helped drive numerous changes in laws, policies and practices. Mr. Jain summarizes it, “Ultimately, what matters is making a difference.”

He has also taken an active interest in helping drive change and empowerment, doing it consistently – at the individual, community and national levels. Describing further he says, “I believe there are few better ways of giving back to society than by educating the young. We’ve set up Bennett University as a not-for-profit initiative with a lot of thought and care because we want to provide students with world-class teaching and facilities, be it in engineering, management, law or media studies.

“I’d also like to briefly touch upon the work of our non-profit arm, the Times Foundation. It has helped build homes, hospitals and a school in states like Tamil Nadu, Andhra Pradesh and J&K in the wake of tsunami, floods and earthquakes. The Foundation has also been working quietly in the areas of health and nutrition, women’s empowerment, and education and skill development.”

Though he has received a number of awards over the years, he has always accepted them on behalf of the entire Times family, as he feels that they’re an acknowledgement not so much of one man’s efforts as the hard work and creativity of his colleagues. His role is to create an environment for them to be the best they can be.
Ever ready to encourage those who look up to him as their role model, he exhorts them thus, “Know who you are and stay true to yourself, follow your dreams and don’t let adversity knock you down, and enjoy life – responsibly.”