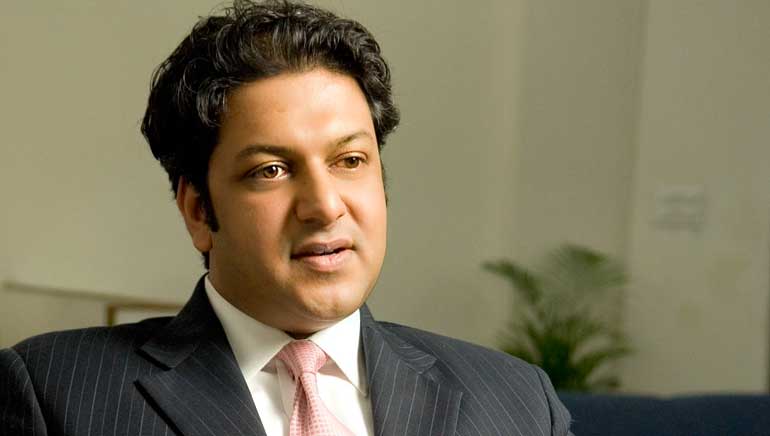 In a society so accomplished at producing leaders across genres, education excels in grooming the charismatic personality of each one of them.

Dr. Aseem Chauhan is the bagpiper who has transformed the educational wavelength of India to have variety of knowledge that one encounters on a daily basis and end up consciously or unconsciously affecting the aesthetics of culturally diverse individuals. He brings in an old-world charm which inspires students to learn the best way.

The founder and CEO of Amity Innovation Incubator and Amity Capital Ventures, Dr. Chauhan actively promotes entrepreneurship in India, particularly amongst youth, and is actively engaged in mentoring and investing in startups. He is on the board of over a dozen companies.

He is the driving force behind the brand – AMITY. His dreams & aspirations have enabled Amity Education Group to have over 125,000 students in 250 programs at 150 institutions across 1200 acres of hi-tech campuses with 6 million sq. ft. of built up area. Having 30 Campuses in India as well as campuses in London, Singapore, Dubai, Mauritius, South Africa and China, Amity University & Amity Institutions have consistently been ranked amongst the top in the country. More than 6000 staff & faculty work with the Amity Group and are credited with having completed 300 funded research projects and having filed 701 patents. He is an institution-builder with a vision to make Amity one of the leading education providers in the world.

Spearheading the biggest Educational hub in the country, the hardworking Dr. Chauhan is a man of many trades. He has extensive experience in venture capital and leveraged buyouts and has made investments of over $ 1 billion globally. He was formerly with AEA Investors, a multi-billion dollar private equity firm in New York which invests funds for current and former Fortune 100 CEOs and wealthy families across the world. Prior to this he was at Philadelphia Ventures, providing early stage venture capital to biotech and hi-tech start-ups. He has also been with Mercer Management Consulting providing strategic advisory to leading companies in New York, London and Hong Kong, and with JP Morgan in investment banking.

Dr. Chauhan has contributed to many committees like the Government of India’s National Committee for Biotechnology Policy, the CII National Committee for Higher, Technical & Vocational Education and the US-India Higher Education Cooperation Council. He is a Chartered member of TiE, member of the Indian Angel Network (IAN) and the Indo-American Chamber of Commerce (IACC).

BEING THE VIVACIOUS ONE

Dr. Chauhan has spent nearly 2 decades in Europe and more than a decade in the US. He is constantly working towards the upliftment of society through his involvement in philanthropic societies & NGOs.

He is also an avid sportsman, & the President of the Indian National Football Club and the Founder and President of Amity United Football Club. He has also been on the FIFA Delhi Vision Board and is actively engaged in Sports Development.