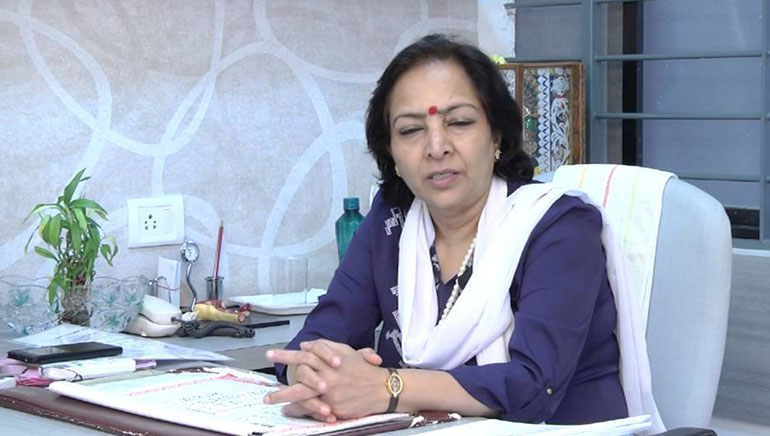 She has not only helped reduce cases of infertility as an ailment, she has also worked towards minimizing the physiological, psychological and sociological implications of this condition, which is still considered a stigma in the Indian society.

In this competitive era of image building, where people shy away from openly talking about their past failures, Dr. Kamini Rao – a recipient of Padma Sri award – modestly and smilingly shares her preference for spending time with friends rather than occupying herself with grueling study hours in her childhood. However, if she has achieved extraordinary success in the medical profession, obviously she committed herself to be one of the best doctors in the nation with sheer dedication, focus and immense hard work, induced by her teachers and mother. She also regarded her father as her role model, who was one of the most respected doctors of Karnataka, and at an early age decided to follow his footsteps.

Choosing the IVF segment of medical profession as her career, she has given an altogether new direction to IVF treatment in India with her visionary and pioneering work. At the same time, she understands that India hasn’t fully grown to accept IVF as a modern and safe remedy to infertility. Therefore, she has devoted herself to bring significant positive changes in the IVF segment in India.

“Lifestyle changes, increased levels of stress, environmental factors and dietary fads have all contributed to the increased incidence of infertility,” she explains. However, because of the extreme societal pressures in India, infertility can be truly traumatic. Couples have been known to go to any extent to bear a child, and there is an urgent need for awareness and an increasing demand for the newer treatment options.

She very well understands that “Infertility is not merely a physical condition, it is an emotional and social condition as well, carrying with it intense feelings of anger, frustration, isolation, depression and grief. Infertility in India carries the burden of social stigma and a feeling of personal failure.” She has been regularly sharing at various national and international platforms the need to consider infertility treatments as medically necessary.

Dr. Kamini Rao shares, “India faces a high burden of infertility, with 22 to 33 million couples in the reproductive age suffering from lifetime infertility. With a very large and increasing population in child-bearing age group and no hope for alleviation in risk factors, it is imperative for the stakeholders of Indian healthcare to address this issue that has serious implications for the individual and the society.”

Definitely, there has been advancement in medical science; however, a lot needs to be done especially in the rural sector of India. At the social level, awareness, affordability, access and assurance are still large issues that need to be addressed urgently.

She is part of the Expert Committee to formulate National Guidelines on “Accreditation, Supervision, and Regulation of Artificial Reproductive Technology (ART) Clinics in India” set up by the Ministry of Health and Family Welfare, Govt. of India, along with the Indian Council of Medical Research. As part of this committee, she has been involved along with other medical practitioners, scientists, lawyers, social activists, etc. in extensive deliberations with the aim of seeing some system of regulatory control on ART established in India at the earliest. Both the national and state governments have been largely supportive, and have been making efforts to bring IVF treatments in the insurance schemes on the lines of heart and kidney surgeries. The Assisted Reproductive Technology Amendment Bill 2016 should also bring further positive changes in the current condition of IVF.

At her level, Dr. Kamini Rao has consistently worked for decades to improve facilities and infrastructure in the medical sector of India. She has a deep understanding of how to bring that coveted change in the society and the medical profession, which may bring back the nobility and high respect of doctors. She firmly believes that reforms are the need of the hour, and a lot of aspects need revision of perception. “There is a huge shortage of trained medical specialists in rural areas and if shortage of doctors is one problem, their unwillingness to work in the rural hinterland is another,” she shares. Increasingly doctors have started to choose their calling not because of the noble intentions of healing and helping people, but because of the money involved. Young medical professionals have a starry-eyed image of the profession, and they are reluctant to face the realities and challenges of working in rural India, which still forms a formidable part of our nation. Though telemedicine and remote treatment of patients have developed in the past few years, the technology has to be refined considerably as per Indian conditions.

Dr. Kamini Rao suggests solutions to the various issues prevalent in the medical sector in India: “More incentives to doctors to practice in villages, making the medical insurance sector easily available and affordable, and a sea-change in the mentality of people throughout our society would help improve the status quo.” She feels that the large IVF fraternity should not be secretive and should share its knowledge and data. All clinics should mandatorily report statistics related to treatment with the National ART registry of India, which should be published to ensure transparency and to monitor outcomes.

She shows concern for the deteriorating patient-doctor relationship, which has become highly commercialized. “In the olden days, patients did not sue their doctors. Physicians were highly respected in the community. Poor outcomes to treatment were considered misfortunes,” she deplores. She further suggests, “This must change for the better of all, especially patients, who are almost always at the receiving end. The ‘sky rocketing’ medical costs, which finally are to be borne by the patients, and the degradation of once sacred doctorpatient relationship will endanger not only our fraternity but also patient care at large.”

She has been credited with many firsts in India, including the birth of India’s first SIFT baby, and South India’s first babies born through ICSI and Laser Assisted Hatching. She is committed to revamp the ART segment in India, in terms of technology and awareness. She maintains, “We are contributing to ART as much as any other country in the world. We have the best of clinics and our results are comparable globally. However, we still need to reach out to the masses. Today, we have reached out to maybe 5% of the population, the balance 95% needs to be reached now.” She further states, “On one hand we have a very expensive technology, and on the other we have a large segment of the population that can’t afford it. This mismatch has to be bridged and I think, the biggest challenge today, for ART in India, is to bridge this gap.”

She has won several prestigious awards in her illustrious career, which have made her humble and have brought a renewed sense of responsibility. Thus, she has at personal and professional levels, contributed immensely towards CSR. Milann’s strong educational vertical – International Institute for Training & Research in Reproductive Health (IIRRH) – has invested heavily into training of clinicians and embryologists to provide an avenue for both research scientists and clinicians to enter the field of reproductive biology, and for those who are already familiar with this area, an opportunity to gain a greater appreciation for the processes involved in the manipulation of fertility.

Following a strictly ethical practice herself, she invokes other doctors, the youth and women to understand their value as a national resource and work for the well being of the society. “It is a proven fact that unless women are empowered to decide and plan the size of their families, have access to education and employment outside the home, developmental programs cannot succeed. I look forward to incorporating the changing demographic profile into Women and Child Health Programs. We should aim for a more holistic view of health in our deliberations,” she suggests.