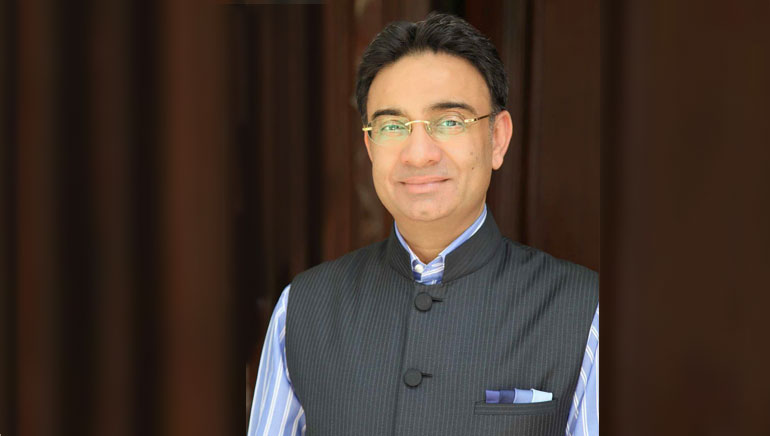 An immensely successful international business leader who chose to don the role of a public representative as a member of the Upper House of the Indian Parliament, the man of many shades Dr. Kanwar Deep Singh is richly contributing towards the welfare, growth and prosperity of the nation

A first generation entrepreneur, Dr. Kanwar Deep Singh ventured into the world of business at a young age of 19 as he wanted to chart a unique course for himself. Armed with a bachelor’s degree in English Literature, he had lot of dreams and a whole lot of conviction and willingness to work hard to realize his dreams despite the fact that he had no background in business,  no Godfather and no money in hand, he ventured forth like an efficient frontrunner and ultimately charted newer territories of success owing to his sheer determination to excel.

Dr. Singh laid the foundation of Alchemist Group in the year 1981 with a borrowed sum of Rupees 20,000 from a bank to initiate a trading business in Mumbai, the financial capital of India. Realizing that to grow to the next level he had to get into the manufacturing business, he launched the first factory of the group in 1988. After casting indelible impressions in the manufacturing sector with sheer hard work and innovative thinking, he set out to expand and explore.

Charles Darwin has rightly postulated that it is neither the strongest nor the most intelligent of the species that survives but the one which is most adaptable to change. This theory has proved to be true in case of Dr. Singh who utilized the opportunities, which a liberal environment offered, to the fullest. In the beginning of 1990s, the winds of liberalization had started flowing in India and the economy started opening up – the economic reforms which were kick-started in 1991 brought about expansion of the services sector helped largely by a liberalized investment and trade regime which increased consumer choices and reduced poverty significantly.

Taking advantage of the changing economic scenario, Dr. Singh listed his company on the stock exchange and his organization’s first IPO and listing on Bombay Stock Exchange occurred in 1994. Thus, there was no looking back for Dr. Singh, who kept on expanding the Group by organic growth and also by the way of acquisitions of businesses and today the conglomerate has eleven companies operating in different segments and an asset base of more than 2 billion dollars and more than 10,000 employees.

As Founder, Chairman and Managing Director of Alchemist Limited, Dr. Singh has achieved outstanding success whilst forging a reputation of integrity and promotion of fair business practices across a plethora of industries under his Group such as Food processing, Hospitals, Pharmaceuticals, Tea Estates, Aviation, Infrastructure, Real Estate, Hospitality and education.

Bent on giving back to the society by serving at the political front, Dr. Singh ventured into the field of politics as he decided to embark on nation-building.” He was inspired by Ms. Mamta Banerjee’s sense of simplicity and her untiring struggle for the upliftment of “Maa, Maati and Maanush,” her honesty and ideals rooted in one’s own identity, own soil and roots and one’s own people – which propelled him to join the Trinamool crusade.

Citing reasons for joining a regional party, he elaborates, “I didn’t want to get lost in a party like the Congress or BJP and sit idle. So I scanned through the regional parties and Trinamool Congress (TMC) came closest to what I wanted. There was instant chemistry and our thoughts gelled.” He was elected to Rajya Sabha, the upper house of the Indian Parliament, in 2010. Regarded as respected and dedicated leader, he was made the head and party in-charge of 13 Northern and North Eastern states of India for All India Trinamool Congress party.

He further elaborates, “Expansion in eastern India is on my radar and I’m targeting West Bengal, Jharkhand and the North-East.” He already operates three tea estates in Darjeelingand two in Assam and intends toopenat least four hospitals in the upcoming years. His deep commitment to public service and industrial reform is quite explicit from his tenure as the Chairman of the Central Advisory Board on Minimum Wages, and as Chairman of the National Meat and Poultry Processing Board when he took adequate steps aimed at revolutionizing the food processing industry.

“i didn’t want to get lost in a party like the congress or bharatiya janata party (bjp) and sit idle.  so i scanned through the regional parties and trinamool congress (tmc) came closest to what i wanted”

A PASSIONATE PROMOTER OF SPORTS

Having completely realized the significance of games and sports and the positive implications they have for a sportsperson’s mind and body, in addition to being a platform for bringing laurels for the nation, Dr. Singh has always encouraged sports. An avid sportsperson himself, he likes to attend sports championships and encourage the emerging talents. His brand, Alchemist Group sponsored the Federation Cup hockey tournament organized by the Indian Hockey Federation in 2013 and he has held the positions of President of the Indian Hockey Federation (IHF) and the Hockey Association of Haryana in the past.

Dr. Singh’s dedicated efforts in the public and professional spheres have been recognized through a number of awards, including the Rashtriya Ratan Award from the Integration and Economic Council of India, the Udyog Ratan Award from the Institute of Economic Study, and the Jewel of India Award from International Solidarity in New York. In view of his excellent business acumen, versatile personality, innovative thinking, exemplary contribution and introduction of an entrepreneurial revolution in India, a renowned and prestigious Accreditation body of UK – ASIC has awarded him with its highest honor of Honorary Lifetime Fellowship. He has also been bestowed with the Doctorate of Business from Anglia Ruskin University, UK in view of his extraordinary leadership, business acumen and strategic management skills.

An inspirational business leader and dedicated social worker, Dr. Singh has relinquished all positions within Alchemist Group of Companies, which  he very passionately established and spearheaded for more than three decades. After creating history in the corporate world with his numerous successful ventures in varied spheres, he has completely dedicated his life to social welfare by bringing about positive social, industrial and economic changes in India. Incessantly working on building the nation, Dr. Singh is a role model for aspiring entrepreneurs and passionate individuals who dream to make a mark for themselves.