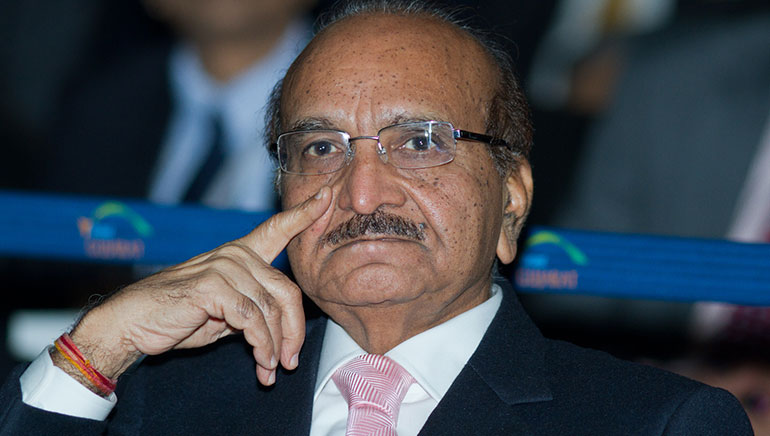 Conferred with the Padma Shri Award by the President of India, Mrs Pratibha Patil, Mr Karsanbhai Patel has been quite well-known as an entrepreneur and philanthropist and the Founder of Nirma who has developed it to a stage where it has more than 18,000 employees and a revenue of more than Rs. 7,000 crore

Karsanbhai Patel’s story is one of the most inspiring success stories of businessmen of all eras. Born into a farmer family from north Gujarat, Mr Karsanbhai Patel worked as a lab technician after finishing his B.Sc. in Chemistry. However, with an urge to start a business of his own, he started selling detergent powder, which he both manufactured and packaged in his own backyard in a 10 x 10 ft room in his house. However, he could not afford to resign from his job, and started this detergent powder business in the time left after his office. Initially, it was entirely a one-man show, where he himself used to bicycle through the neighbourhoods selling his handmade detergent packets door to door. He would sell 15 to 20 packets daily while going to his office on his bicycle, which was roughly 15 kms away. As he used to sell his detergent at one-third the price of leading detergents, his business was an instant success.

Within three years, he set up a shop at a small workshop in an Ahmedabad suburb, and thus established the brand Nirma washing powder, which is known as one of the most popular household detergents in many parts of India.

He kept the name of his detergent as Nirma, based on his daughter’s name Nirupama. Though it took him three years to bring his business to a level where he could quit his job, he showed a remarkable spirit of enterprise, and made a successful business. The lack of any such precedence in his family meant that the chances of failure were bigger than the chances of success; however, he quickly established Nirma as a brand in Gujarat and Maharashtra. The level of his success can be gauged by the fact that in 2017 his net worth was USD 3.6 billion.

Taking acute interest in education, he has also founded a leading pharmacy college – Nirma Institute of Pharmacy, and a leading engineering college – Nirma Institute of Technology, both of which have grown into leading colleges. Next, he instituted an Institute of Management, and then consolidated the entire structure under the Nirma University of Science and Technology in 2003, which is overseen by the Nirma Education and Research Foundation. He has also started the Nirma Labs education project, through which he trains and incubates entrepreneurs.

Born in 1945 in Mehsana, Gujarat, Mr Patel likes to be low-profile and has been unofficially leading a retired life, leaving his two sons and a son-in-law to manage the show. Mr Rakesh Patel takes care of procurement and logistics, Hiren Patel takes care of marketing and finance, and Kalpesh Patel manages human resources and healthcare – the Nirlife Healthcare. There was a time when his low-price Nirma brand had sparked a detergents war with bigger rivals like Unilever and Procter & Gamble; however, today Nirma is one of the largest producers of soda ash in the world, and is so successful that in 2016 it acquired the Indian operations of the French cement major Lafarge.