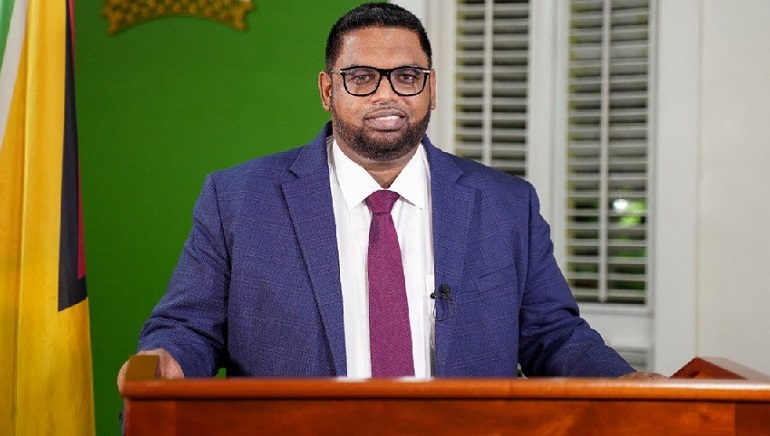 Former Guyanese Housing Minister and the Presidential candidate of the Peoples Progressive Party/ Civic Dr. Mohamed Irfaan Ali was sworn in as the Executive President of Guyana. He is the ninth President of the newly discovered oil-producing SouthAmerican country that was declared the winner after the disputed March 2, 2020, an election following a recount.

June’s preliminary recount data showed Ali had won the initial poll. The swearing-in brought to an end to a continued period of upheaval to the results of the 2nd Mar 2020 General & Regional elections. The electoral result declared moths after a consortium led by Exxon Mobil Corp began producing oil off the Guyana coast. Additionally, the 40-year-old politician Muslim with Indian descent President, there are four more Members of Cabinet who sworn in: Bharrat Jagdeo, as Vice President; Brigadier (retired) Mark Philips, as Prime Minister; Mohabir Anil Nandlall as Attorney General and Gail Teixeira as Minister of Parliamentary Affairs. As per to the report issued by Keith Lowenfield, the Chief Election Official of Election Commission of Guyana, the Peoples Progressive Party/Civic won 33 seats, and Association for National Unity / Alliance for the Cambio (APNU / AFC) won 31 seats. Moreover, as per the report of the International Monetary Fund, the newly elected President will govern the nation that has the highest economic growth rate in the world pegged at 86%. Keeping the data in mind, a BBC report stated Dr. Ali will lead a country that is expanding its economy 14 times more than the economy of China. The World Bank positioned the nation that will grow the most in economic terms despite the effects of corona virus.