Dubai open Museum of Future- “Most Beautiful Building On Earth” 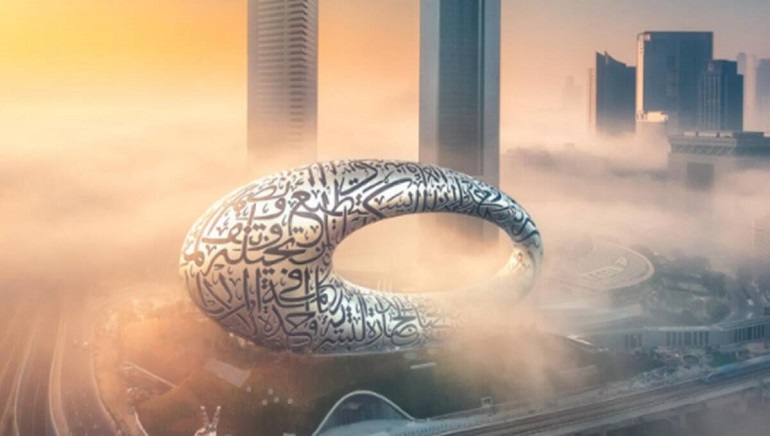 Dubai open Museum of Future- “Most Beautiful Building On Earth”

On Tuesday, Dubai opened its Museum of the Future and its structure touts as the world’s most beautiful building. Build on Sheikh Zayed Road, the city’s main highway, the structure is a seven-story hollow silver ellipse. It is decorated with Dubai’s ruler quotes in Arabic calligraphy.

Dubai’s ruler Sheikh Mohammed bin Rashid Al-Maktoum officially inaugurated the Museum. It was opened with a vision of the future that has been credited as the driving force behind the construction of the museum.

Before the inauguration, the building was lit by the laser light show in the evening for the crowd who gathered outside to catch a glimpse.

It is the most recent addition to the United Arab Emirates (UAE) collection of flashy architecture, following the $7-billion Expo world fair, which featured a swath of futuristic designs and opened on the outskirts of Dubai in September 30.

The content of the museum is yet to be revealed, however, according to the organizers it will exhibit design and technology innovation that will take the visitor on a “journey of the year 2071”.

The nation is also home to another landmark, a branch of France’s Louvre museum with a cost of $186 million.