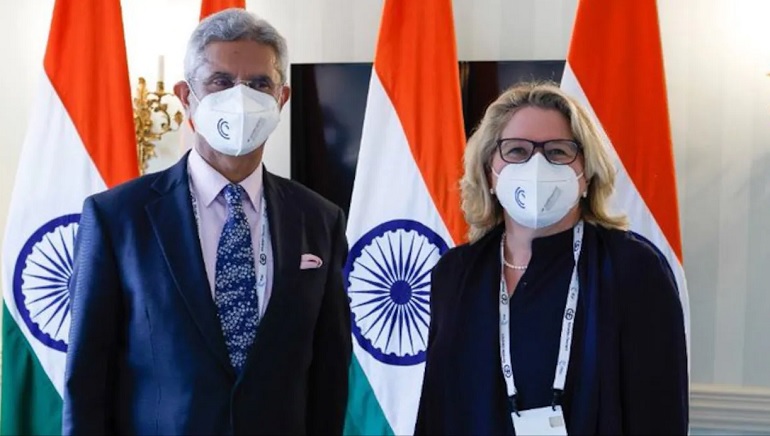 India and Germany commit to promoting green growth and cleantech. Embedding economic growth and development with the preservation of the natural assets that provide us with resources and environmental services is considered green growth.

India’s External Affairs Minister Mr. S. Jaishankar said that he held a “constructive meeting” with Svenja Schulze- Germany’s Minister of Economic Cooperation and Development. He tweeted on Sunday regarding their meeting through his Twitter handle. It is worth mentioning that among renewable energy countries, India ranked third in 2021.

On Friday, Mr. Jaishankar arrived in Germany to take part in the Munich Security Conference 2022. He said that they discussed their respective development partnership outlook and share a commitment to promoting green growth and cleantech.

Mr. Jaishankar also held talks with the Foreign and Security Policy Advisor to German Chancellor Jens Ploetner and tweeted that he had a good meeting with him regarding a useful review of global development.

He also met his counterpart for Ireland, Simon Coveney. He tweeted regarding the meet, “COncluded the day meeting with FM @simoncoveney of Ireland. We have worked closely together at UNSC. Ireland can play a greater role in our EU engagement”.