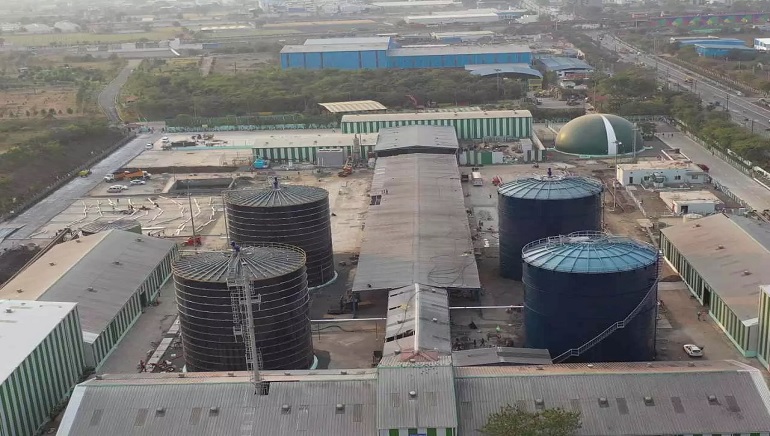 Prime Minister Narendra Modi inaugurated Asia’s biggest Bio-CNG plant in Indore. The plant has been set up on a 15-acre ground that was initially used as a dumping zone.

Chief Minister Shivraj Singh Chouhan was highly appreciated for setting up the bio-CNG plant in a very short span of time at Devguradia. Mr. Modi added that the project will serve as an inspiration to other cities in the country.

Mr. Modi said that the efforts were made under the Swachh Bharat-2 campaign. The initiative was taken to remove piles of garbage from vast chunks of land that are present in several cities of the country and turn them in the green zone.

Mr. Modi said, “The project site was once a dumping ground with a mountain of garbage. The state governments are being provided with all possible help to achieve the goal. In the coming years, the government is working towards setting up 75 such bio-CNG plants in big municipalities of the country”.

According to the Centre’s wealth-to-waste initiative, the plant is being built by the Indore Municipal Corporation (IMC) through a public-private partnership (PPP) model. It is expected to generate 19,000 kg of bio-CNG gas annually. Nearly 400 of the IMC’s buses will be fueled by bio-CNG purchased at Rs 5 per kg.