Ethiopia beat Egypt in the 2023 Africa Cup of Nations qualifiers 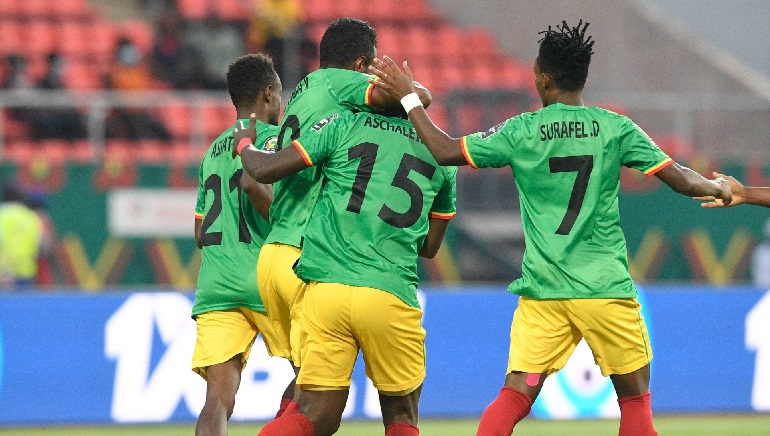 Ethiopia beat Egypt in the 2023 Africa Cup of Nations qualifiers

Ethiopia knocked out six-time African champions, Egypt, with a 2-0 win in the 2023 Africa Cup of Nations (AFCON) qualifying.

The fast Ethiopian forwards made it difficult for a slow Egyptian defence in the first half, and goals from skipper Shemeles Bekele and Dawa Hotessa gave them a two-goal half-time advantage. Despite having more assets, the Pharaohs managed only three shots, out of which only one was on target, which all came in the second half.

A major drawback for the Egyptian team was the absence of the injured captain and the prolific Liverpool scorer, Mohamed Salah, because of a strain.

On the other hand, Ethiopia was compelled to play in Malawi as they do not have an international-standard stadium like 16 other countries competing to qualify.

Coach Ehab Galal is responsible for leading Egypt for only two matches after Portuguese Carlos Queiroz had disputed the extension of his contract. Galal will now come under severe criticism as Egypt’s poor form continues. They lost to Senegal on penalties in the last Cup of Nations in February, and in the following month, once again succumbed to defeat at the hands of the same team in a play-off to decide who would go to the 2022 World Cup in Qatar.