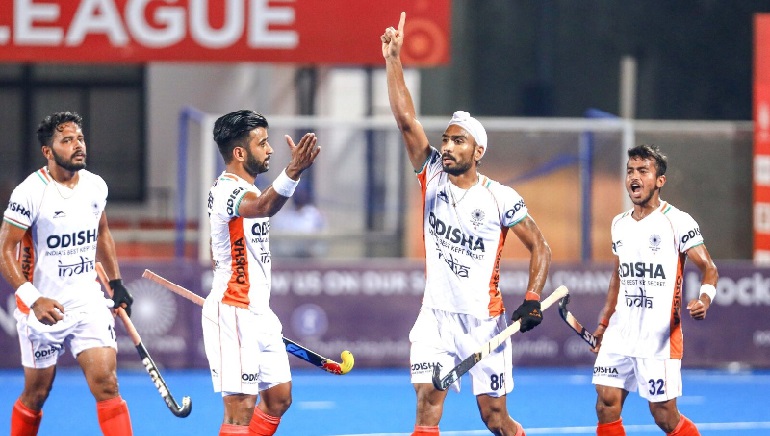 In the 20th and 52nd minutes, Jugraj scored meanwhile Hardik Singh scored in the 17th minute from the penalty corner. Varun Kumar’s drag-flick was saved by the Argentine goalkeeper, but the ball fell to Hardik who smashed the ball home to give India the lead.

After being stick-checked by an Argentina player, captain Amit Rohida won another PC. In the second quarter, Argentina was awarded a penalty stroke, but the decision was reversed after India appealed. India scored two goals in three minutes at Kalinga Stadium in the second quarter after a sluggish first quarter.

With the win, India remained at the second spot with 16 points from eight matches in the league. Netherland stood at the number one position meanwhile Argentina stood at fourth position with 11 points from 6 matches.