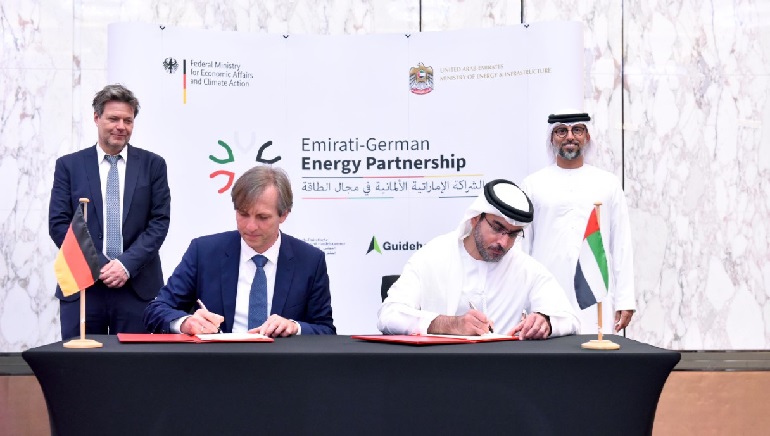 During the visit of German Economy Minister Robert Habeck to the gulf state, the deals were signed. Both parties discussed long-term energy supplies. Habeck said, “The accelerated expansion of hydrogen supply chains is a very pivotal factor in the transition to sustainable energy”.

Berlin aims to cut carbon emissions and cut down its dependency on Russian energy and is investing in cleaner energy as part of Western efforts to put pressure on Moscow over its invasion of Ukraine.

With this agreement, Hydrogenious will deliver hydrogen produced from renewable energy in the UAE to Wilhelmshaven in Germany using its Liquid Organic Hydrogen Carriers (LOHC) technology.

Extracting hydrogen from sources like wind and solar is widely popular as a clean energy source. However, being a very light element, it is potentially difficult to make and comparatively costlier to transport over large distances. Uniper issued a statement in Germany stating that the consortium will overcome these challenges by combining ADNOC’s energy sources. A combination of JERA Americas’ experience in energy trading and Uniper’s involvement in hydrogen projects and customer base in the Middle East with Hydrogenious’ expertise.