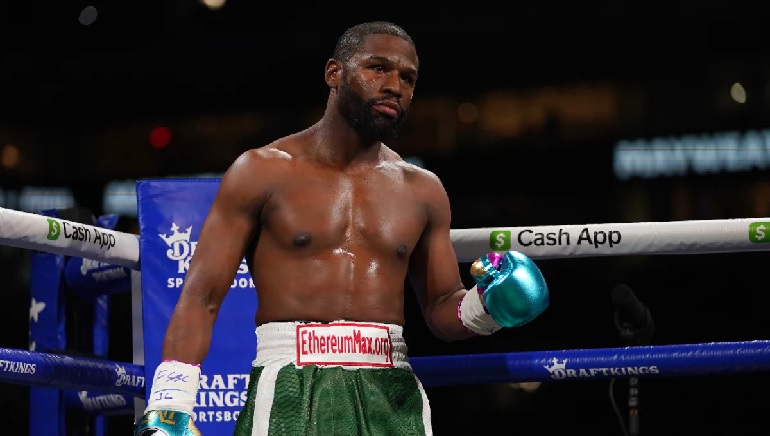 On Sunday, Floyd Mayweather Jr., inducted into the International Boxing Hall of Fame, was reduced to tears during a banquet on the eve of his big day. As he accepted the award, his voice was tinged with emotion.

He credited his mother, father, and sister for his successful career. In his acceptance speech, he said, “I’ve done a lot in my career, but this is by far the best.” “I want to thank the International Boxing Hall of Fame for giving me this. This right here is going to my dad because he deserves it. Bernard Hopkins said it best, ‘You’ve got to earn it’, and my dad earned this ring.”

In addition to Mayweather, there were three other inductees who were inducted on Sunday. As a result of the pandemic, the previous two induction ceremonies were postponed until 2022. To accommodate the 36 inductees, the ceremony was moved from the Hall of Fame’s home in Canastota, New York, to the Turning Stone Resort and Casino in nearby Verona.

A number of multi-division champs were among the Class of 2020, including Hopkins, Juan Manuel Marquez, and “Sugar” Shane Mosley. Mayweather, Klitschko, and Ward were members of the Class of 2021.