For the first time in a decade, Turkey’s President Erdogan visits the UAE 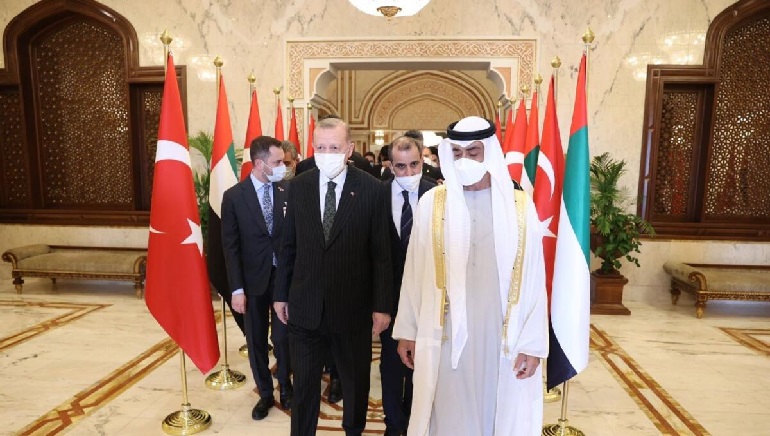 For the first time in a decade, Turkey’s President Erdogan visits the UAE

On Monday, Turkey’s President Tayyip Erdogan visited the United Arab Emirates for the first time since 2013. In a pivot toward economic partnership, the two countries mend ties strained by animosity.

At Istanbul’s Ataturk Airport before his departure, Mr. Erdogan said, “During the visit, we aim to develop the momentum we have captured with the United Arab Emirates and to take the necessary steps to go back to the level they deserve”. He further added that the dialogue and cooperation between the two nations carry great importance for the peace and stability of the entire region.

As the Arab uprisings erupted a decade ago, the UAE and Turkey have clashed over influence in the region, supporting opposing sides in Libya’s civil war and engaging in disputes from the eastern Mediterranean to the Gulf. The improved diplomatic relations come at a time when Turkey is experiencing economic turmoil and the UAE is pursuing a more conciliatory foreign policy based on economic priorities.