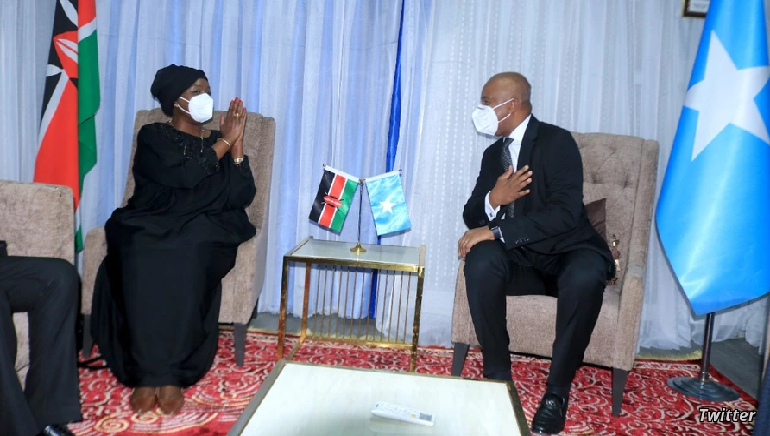 The neighboring states were not on a strong footing for several months but came together to agree to cement the relations between them. The areas which the delegates mainly agreed on were diplomacy, trade, and security. The prime minister’s office gave a press statement about President Uhuru Kenyatta extending an invitation for Somalia’s prime minister to visit Nairobi. The disputed existing maritime between the nations will be decided by the Hague-based International Court of Justice or ICJ, despite the several requests by Kenya to reach a settlement out of court.

Last year in December, Mogadishu served diplomatic ties with Nairobi over claims of Kenyan political interference in Somalia’s affair. The accusation was later denied by Nairobi. The visit by the Kenyans was stated as a sign of improving relations despite thorny issues on both sides according to the analyst Ali Abdulkadir. Kenya’s name is included along with the nations who have greatly contributed to the African Union peacekeeping mission in Somalia to fight against the armed group al-Shabab. In late 2011 Kenyan troops had an incursion into southern Somalia after which militants carried out attacks inside Kenya since then.