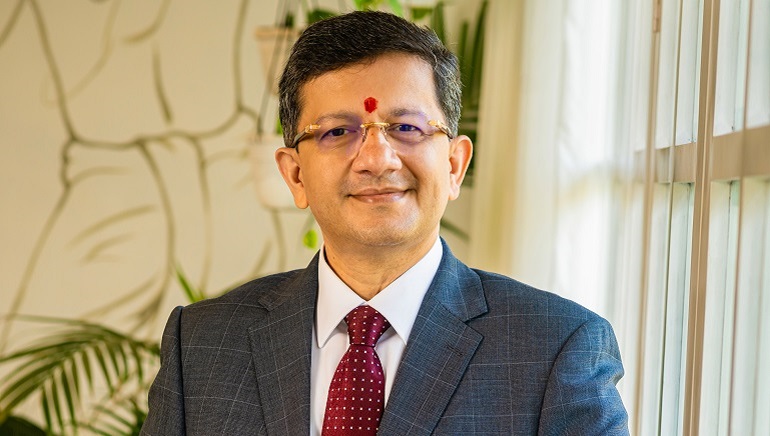 Mr. Gautam Boda, Vice-Chairman and MD, J.B. Boda Group joined the family business in the year 1994. His constant efforts and unwavering determination towards the company’s success earned him the rank of Vice Chairman.

J.B. Boda Group, a renowned name in insurance & reinsurance broking, was started by Mr. Gautam Boda’s grandfather late Mr. Jagmohandas Bhagwandas Boda, together with his brother, Late Mr. Dhirajlal Bhagwandas Boda, way back in 1943. They started this business when reinsurance broking was unheard of in India. Both founders worked diligently to build a legacy from scratch. Under their powerful vision, the J.B. Boda Group has established itself as a pioneer of reinsurance broking in India by insuring the Professional Indemnity (P&I) policy of engineers on behalf of the Indian Insurance Company.

Since Mr. Gautam Boda joined the company, his responsibility has been in driving sustainable business growth, devising group strategy, and guiding to execute, explore and evaluate new areas of opportunities. He has around 28 years of experience in the insurance and reinsurance industry and is an eminent risk management consultant. A distinguished thought leader, he has extensive experience in broking, risk management, and other allied services. At the Boda Group, he has also been instrumental in managing the Group’s branding and global marketing initiatives. Under his supervision, the company has seen tremendous growth and success in brand building. His strategic vision and ability to think outside the box have been instrumental in taking the company to new heights. The organisation, in its business activities, is currently associated with over 550 insurance and reinsurance companies in more than 90 countries.

A CONSISTENT DRIVE TO IMPROVE

Mr. Boda is known to have an insatiable drive to do better. It is his permanent zeal to constantly improve his work and conduct. In his view, being a leader is a huge responsibility towards his people and, thus, is a never-ending process. He always lends a willing ear to any feedback his team might have for him. It is, in fact, one of his biggest strengths the way he is able to adapt to changing circumstances, an attribute that greatly distinguishes him as a leader.

He also puts a great deal of importance on creativity and humility in a leader. “To be able to inspire is essential for effective and inspirational leadership.” He strongly believes that teamwork is the most important component of any successful business. He is a strong team player who believes in motivating everyone around and working together towards a common goal.

As a leader, he never fails to encourage his team members and ensures that they do not get burdened by failures and mistakes. In his team, everything is an opportunity to grow and learn. It has been a long road but for him, the rewards have been sweet. This allows him to lead by example in different situations. The recognition that J.B. Boda has received globally has been immensely gratifying for Mr. Boda and everyone at the company. Under his leadership, the Group has continued to build upon the legacy created by the founders. For Mr. Boda, this success has been driven by personal involvement. He has ensured that the family legacy is carried forward without any compromise on the core ethics and values.

During his tenure with the Group, Mr. Boda established the Ports & Terminal Vertical, Employee Benefit Vertical, Empanelment of the Group with international insurers or reinsurers for designing or supporting complex global programmes of MNCs in India, groomed the Group’s leaders, set up a specialised team to cater to the requirements of Indian companies who are investing globally, partnered with International Brokers across the globe for MNC exposure in India, and developed various technology platforms. He also introduced the Risk Management Society to India. He took knowledge-sharing initiatives such as in-house publications and webinars, and has been the guest speaker at various events. He has gone out of his way to contribute towards the company’s expansion and diversity. His efforts have also been recognised by the industry time and again. As a testimony to his in-depth knowledge & vision, he is appointed to be the Board of Directors for the largest independent insurance brokers network, Assurex Global and also the Chairman of Asia Pacific Region (APAC) for over 11 years. He was invited to the Confederation of Indian Industry (CII) National Committee on Insurance and Pensions, to undertake constructive dialogue with the Government and the Regulators for the creation of a conducive regulatory environment for the growth of the Insurance and Pensions Sectors. He was also invited as the first Indian broker to speak and partner with the German Insurance Industry.

In 2019, Mr. Boda was conferred with the CNA Award for being a valued partner and for showing excellence in International Solutions. He was also awarded the ‘Indian Achiever’s Award’ for Business Leadership in 2021.

He has been featured in some of the finest publications in the insurance and business fraternity such as Asia Insurance Review and Leader’s Edge Magazine. He was also featured in the special ‘Collector’s Edition’ of the magazine Passion Vista.

All these industry awards and mentions only affirm his strengths as a leader and his dedication towards not only his business, but the whole industry.

Mr. Boda is also a committed philanthropist and has been a consistent supporter of many charitable institutions. The J.B. Boda Group has been a staunch supporter of the environment, and through the in-house CSR wing, has been contributing to the betterment of society since its inception.

TOWARDS AN EXCITING FUTURE

Mr. Boda’s vision for the Group is to become the preferred partner for various stakeholders across the board from clients, insurers, reinsurers, surveyors, and all stakeholders. In the near future, he sees consistent growth for the J.B. Boda Group. He is hoping to gain market share as they look into expanding the product offerings. The journey has truly just begun and with the ever-expanding product portfolio, the future is exciting for Mr. Boda and his team.

STANDING ON A STRONG FOUNDATION

Respect for others, professionalism, and fairness are at the heart of everything Mr. Boda does. Humility fosters authenticity and a never-ending desire to learn and Mr. Boda’s childhood was rife with these lessons in humility and being true to one’s virtues. These characteristics were the foundation of his personality and he has taken them with him throughout his professional journey. The values learned early on in life have resulted in better outcomes for him and his entire team.

Mr. Boda is a humble person who does not seek any recognition or fame for his good deeds. He believes that it is our duty to help others in need and he does so with a caring and thoughtful attitude. As a leader, he believes that he has a huge responsibility to the community and he takes it very seriously.