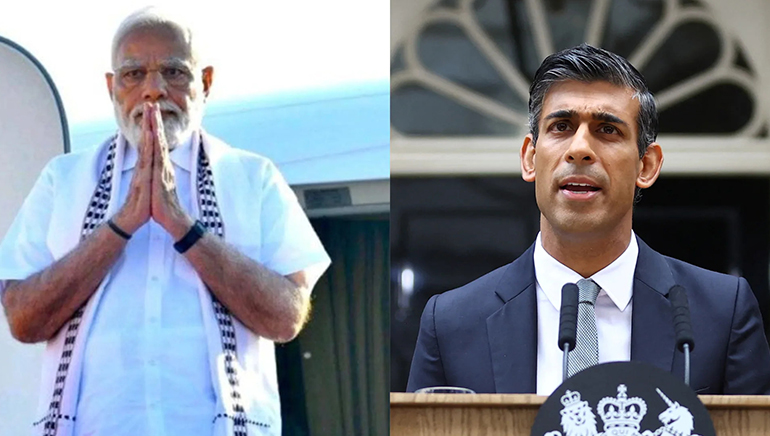 On October 27, Prime Minister Narendra Modi held a telephone conversation with the new British Prime Minister, Rishi Sunak. Leaders discussed the issue against the backdrop of the arrival of James Cleverly to attend a special meeting of the United Nations Counter-Terrorism Committee in Mumbai and Delhi.

Mr Modi posted on his Twitter account, “Glad to speak to Rishi Sunak today. Congratulated him on assuming charge as U.K. Prime Minister. We will work together to further strengthen our comprehensive strategic partnership. We also agreed on the importance of the early conclusion of a comprehensive and balanced FTA.”

Meanwhile, PM Sunak thanked Mr Modi in return and said that the UK and India share a lot in common. He is looking forward to what two great democracies can gain as they deepen their security, defence, and economic partnership in the coming future.

The statement was confirmed by the Downing Street spokesperson, stating that the PM said he was a visual representation of the historic links between Britain and India, and hoped to develop closer ties between them. As part of their agreement, the two leaders will work together to “strengthen developing economies around the world.”

Mr Sunak and Mr Modi are expected to meet at the G20 Summit next month.