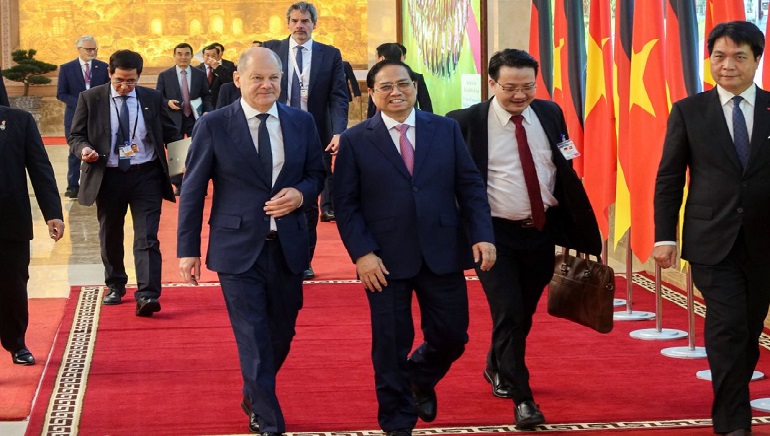 On the first visit of a German leader to Vietnam in more than a decade, Scholz stopped in Vietnam before visiting the G20 leaders’ summit in Indonesia. The visit underlined Vietnam’s rising role in global supply chains and interest of German firms to take their manufacturing operations beyond China in Asia.

Speaking at the joint news conference with Pham Minh Chinh, Scholz called for deeper trade relations with Vietnam and committed to help the Asian country in building a greener economy, such as in the expansion of Hanoi’s metro system.

Olaf Scholz also visited China a week before the G20 summit and Singapore before heading to the summit. Singapore is the second country after Vietnam in Southeast Asia that has a free trade agreement with the European Union. The two countries are the EU’s biggest trading partners in the region.

Germany is Vietnam’s second-largest trading partner among EU states after the Netherlands, with exchanges worth $7.8 billion last year. About 500 German firms operate in Vietnam, of which around 80 have manufacturing plants in the country. Engineering giant Bosch, energy firm Messer, and many smaller companies part of the global automotive supply chain are located here. Many German companies located in China are keen to move some of their operations to other countries in Asia.