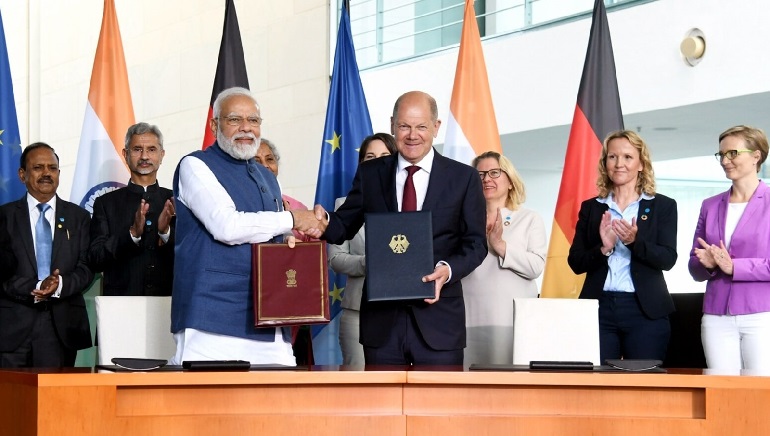 On Monday, Germany committed 10 billion euros to help India achieve its climate action target set for 2030. The target will include a 50% energy requirement from renewables and the installation of 500 GW of non-fossil fuel electricity capacity.

After the sixth India-Germany Inter-Governmental Consultations (IGS), the joint statement was released after talks between Prime Minister Narendra Modi and German Chancellor Olaf Scholz said, “Germany intends to strengthen its financial and technical cooperation and other assistance to India with a long-term goal of at least 10 billion euros of new and additional commitments till 2030 under this partnership (for green and sustainable development)”.

As part of this partnership, the two leaders agreed to create a bilateral ministerial mechanism within the IGC. They both stated that the Indo-German Cooperation on Sustainable Development and Climate Action was guided by their commitments under the Paris Agreement and the Sustainable Development Goals, including working to limit the temperature increase to 1.5 degrees Celsius above pre-industrial levels and well below 2 degrees Celsius above pre-industrial levels.

An Indo-German Green Hydrogen Roadmap was also developed based on the inputs of a Task Force supported by the Indo-German Energy Forum (IGEF) as part of the Indo-German Partnership for Green and Sustainable Development.