Golfer Collin Morikawa Debuts with a Win at the British Open 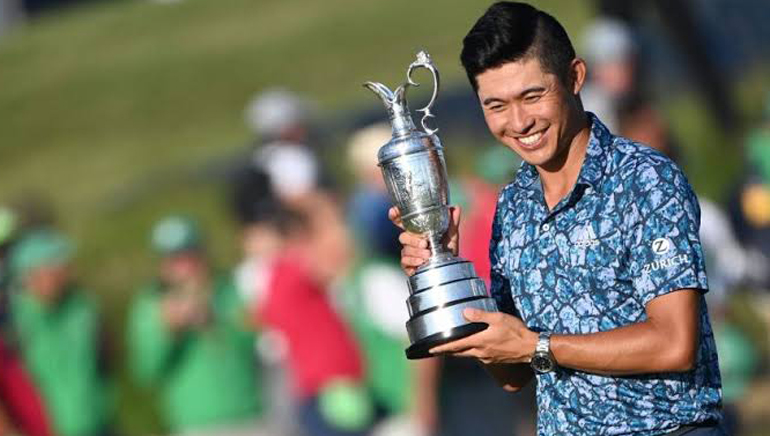 Golfer Collin Morikawa Debuts with a Win at the British Open

On Sunday, the American golfer Collin Morikawa won the final round at St. George’s in his first debut appearance. Morikawa proved that experience was overrated by outplaying Oosthuizen who was a winner in British Open 2010 and runner-up at six other major championships.

24-year-old shot a bogey-free, 4-under 66 at Royal St. George’s, finishing at 15 under and 2 strokes ahead of Spieth. Louis Oosthuizen was leading Morikawa until No.11. After a shaky start, Morikawa closed out his remarkable major by making par on the final four-hole, with the only genuine scare coming at 15 where he hit into deep rough and chipped to 10 feet within. Morikawa received a standing ovation from the full grandstand on the 18th hole after he finished at a 15-under-par total of 265.

Collin is a graduate with a business degree from the University of California, Berkeley. He plays on the PGA Tour as a professional golfer. Morikawa has spent three weeks as a top-ranked golfer in the World Amateur Golf Ranking in May 2018. He became the second player since 1926 to win two majors in his first eight starts. He is the first player to win two different majors in his first appearance and the eighth to win two majors before turning 25.