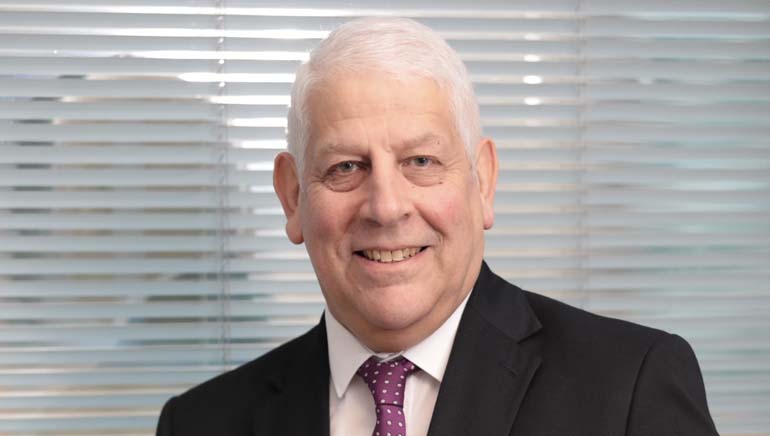 Graham has a BA (Hons) in Business Studies and is a UK Justice of the Peace (JP) in the Magistrates Court, where he presides over Criminal and Proceeds of Crime trials as well as Crown Court appeals. Over the years, the influential leader has been raising the bar of excellence and innovation in the banking industry. His analytical and strategic mindset and his in-depth industry expertise are his greatest assets. Graham has served in several leadership roles over the last three and a half decades. His role involves consultancy, partner/channel management, and collaborating with industry utilities, regulators, and Central Banks.

Graham embodies the persona of an ambitious individual whose unwavering efforts and high aspirations have propelled EEB to new heights of achievements. Under his quintessential leadership, the bank has witnessed record-breaking growth. Headquartered in St. Lucia (West Indies), EEB, has a representative office in London that deals exclusively with registered corporates and clients in active markets such as the UAE, China, India, Malaysia, Indonesia, Vietnam, Thailand, and Africa. The dynamic leader has effectively established a robust network of extremely competent agents, affiliates, and associates in key regions who support the import and export businesses all over the world. Graham is currently concentrating on expanding his business by setting up offices in Singapore, Dubai, and Chennai (India) to capitalize on the burgeoning trade relations between the Middle East and the Far East.

When asked about his career highpoint, the poised leader says, “It is difficult to pinpoint a specific high point as every turning point in my career has been a step closer to the direction of the next pivotal moment.” He adds, “If I had to pick one such high point, it would be my stint at the EEB, as the organization has provided me with multiple shining moments over the last six years — each unique and meaningful in its own way.”

Graham believes that effective leadership calls for good communication skills, whether it’s giving a presentation in front of a group, developing and writing a corporate strategy, or engaging with staff and clients. “I strive to be a good listener and believe in listening with intent while engaging with my colleagues and clients,” says the leader. For him, leadership requires the ability to listen to those who work with and for you.

Like a true leader, he recognizes the importance of resilience even in the face of disasters. “From hurricanes and floods that damaged our offices in the Caribbean and India to the COVID-19 pandemic, we have always been more agile, focused, and flexible than before, and used our expertise efficiently,” says the bold leader. “In any decision-making process, I always hope for the best and plan for the worst, backed up by critical data, creative thinking, and my experienced teams.”

Graham lives by the rule of doing the right thing at the right time. The CEO works hard to uphold corporate practices that serve consumers fairly and politely. “With so many clients around the world, we deal with a variety of nationalities, business philosophies, and regulatory requirements, many of which are starkly different. We are conscious of both individual and national obligations, and we strive to not only meet but also exceed customer expectations,” says the proactive chief.

Graham, who is always upbeat and optimistic, also goes to great lengths to keep his staff motivated. The honest leader strives to create a work culture that has high standards of governance. “Our teams are continually updated, constantly reminded of rules, regulations, international, national, and local consequences of health issues, as well as trade impacts,” says Graham. According to him, such ethical practices enable him and his team to remain alert in the fight against fraud, double billing, scams, and money laundering.

Owing to his outstanding vision, EEB has achieved many feats. On being asked about his long-term plans, he says that he aspires to build the largest and the most competent sales team in the industry and become the world’s preeminent trade finance issuers universally. To that end, the bank has already begun recruiting in India, with other key locations to follow. Under his guidance, EEB is also gearing itself to take advantage of new markets and locations where large banks are withdrawing their services.

On being asked about the importance of sustainability in business, the leader says, “The term ‘sustainability’ to us is about profits, the environment, and people and ensuring that today’s well-maintained resources do not jeopardize the needs of the future generations.” As a proponent of sustainability, the ecologically conscious leader is working with buyers in emerging countries that are transitioning from agricultural to industrial economies, with an emphasis on emissions reduction and low energy use, as well as free and fair trade to enable global competition.

Graham’s vigorous efforts have been duly recognized and acknowledged in the form of the awards and accolades bestowed on him as well as EEB. In 2020, the accomplished leader was honored by the prestigious Business Worldwide Magazine (BWM) Awards program for his clientcentric revolutionary approach to global trade finance. In 2019, he was awarded the “Most Innovative Executive in the Trade Finance Industry’’ at the BWM 2019 Global Corporate Excellence Awards. He was also named the winner of the highly prestigious CFI Co’s Best Global Trade Services Bank award in 2018 and 2019.

Recognized as the “Most innovative executive in Trade Finance,” he regularly contributes to multiple trade journals. His experience and trustworthiness are demonstrated by the insights he offers in his thought leadership pieces. He is also a keynote speaker at international trade industry conferences. What’s more, the versatile leader has also appeared as a supporting actor in amateur theatre, television, and cinema.