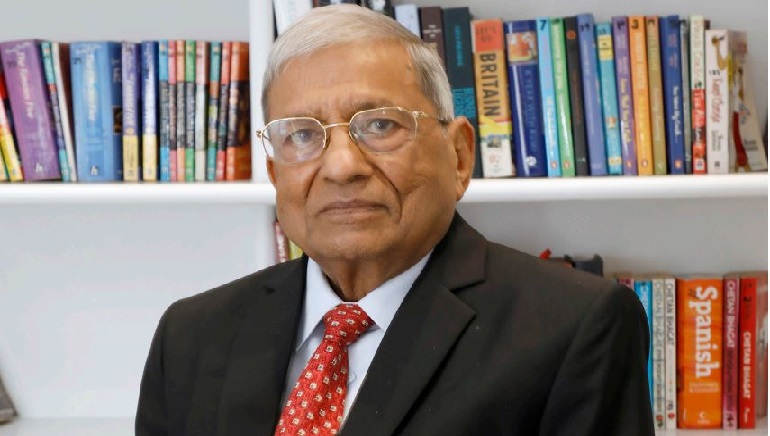 Mr. Budhia is a true leader; he is self-motivated and a determined collaborator, who is looking to bring out the best in each member of his team. While business is an important part of Mr. Budhia’s life, he always finds time for his family and the community. Two autobiographies that compile his experiences in raising Patton from the ground up are ‘Jeevan Ek Rang Anek’ and ‘Panne Zindagi Ke.’ He has also been featured on the popular show ‘Kisse Kamyabi Ke,’ on the Zee Business channel.

Under the project ‘Water-On- Wheels,’ a specially designed water tank has been introduced that maintains the cleanliness and volume of water when being transported. Mr. Budhia has also spearheaded the educational initiatives undertaken by Patton, such as constructing new buildings for 2 government-run senior secondary schools at Ratan Nagar, Rajasthan, as well as restoring and donating a G+3 building for a government-run senior secondary school at Jaipur, Rajasthan.

Mr Budhia has founded Swarnim International School, a Senior Secondary school in Kolkata with a capacity of 2000 students and international standard infrastructure.

Patton has donated hospital beds, ambulances and medication to hospitals in Kolkata. It has conducted blood donation and cancer detection camps as well as awareness programs in the suburbs of West Bengal. It has also donated water tanks to the Kolkata Municipal Corporation for its Sulabh project. Patton’s R.C. Agarwal Memorial Hospital, in Tinsukia, founded by him and now run by Medica, is the first-of its kind in the northeast and has helped to save many lives.

Patton is also working to create awareness in the mental health sphere with ‘Caring Minds,’ a super-specialty state-of-the-art mental health facility. It has also started ICanFlyy, an institute for special needs individuals with an adjoining Café ICanFlyy, which employs individuals with special needs. Through its tie up with Prerna Foundation, Patton has eased the process of paying tribute to the dead by providing full infrastructure at Neematalla Ghat. So, whether it be education, special needs, environment, heath, employment, Mr. Budhia has contributed to all the facets of life.

BRACING UP FOR THE PANDEMIC

In order to help combat the COVID-19 pandemic and protect its employees, Mr. Budhia ensured that Patton paid full salaries to all of them during the lockdown with not even a single retrenchment. It has introduced a Contactless Safe Wash Station, provided masks, sanitizers as well as medical help to those in need.