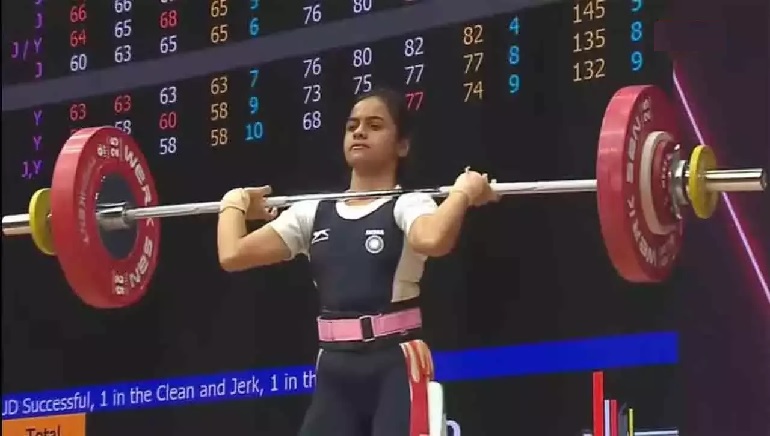 On Monday, 18-year-old Indian lifter Harshada Garud won the women’s 45kg gold medal at the Asian Youth and Junior Weightlifting Championships in Tashkent, Uzbekistan. The championship is being held from July 15 to July 25, 2022.

Target Olympic Podium Scheme (TOPS) athlete and weightlifter Garud won the yellow metal after putting in a total effort of four kilograms. The Pune lifter made history in May this year by becoming the first Indian to win a gold medal at the world junior championships. This time the aggregate was 157kgs (69kg+88kg), which was better than her junior world championship title-winning lift of 153kgs (70kg+83kg).

After her win, the tweeter flooded with best wishes and congratulated her for her big win.

Meanwhile, in the youth division, Soumya Dalvi took the bronze with 145kg (63kg+82kg). L Dhanush won bronze in the snatch portion of the men’s 49 kg youth event with an 85 kg effort.

At the Olympic Games, however, only one medal is awarded for total lift, while the continental and world championships award medals separately for snatch, clean and jerk, and total lift.