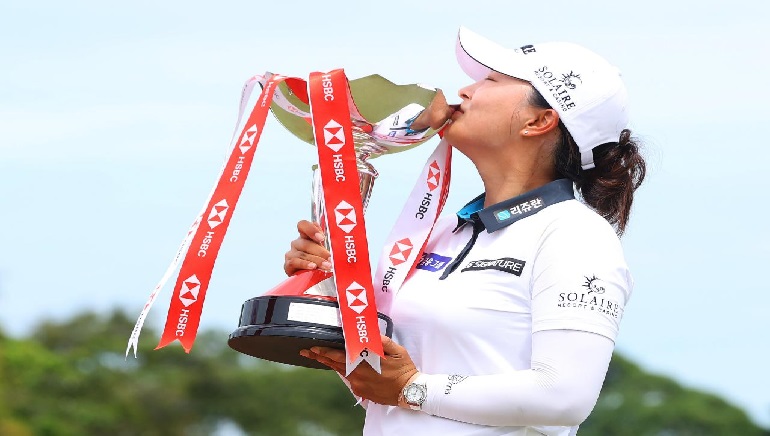 World No.1 Ko Jin-young shattered yet more golfing records by winning the HSBC Women’s World Championship in Singapore. Since becoming a member of the LPGA Tour in 2018, she recorded 13 victories and won a remarkable sixth tournament from her last ten starts.

Ko said, “First of all, I’m just proud of myself to record the 60s in 15 rounds straight. So I’m happy. I feel amazing right now”.

Ko recorded the staggering numbers (more on those shortly), but what’s most impressive is that she did it while battling through half of Sentosa Golf Club in Singapore.

Despite her world-record-breaking achievements, Ko’s victory was not without controversy.

Overnight, she was one stroke behind Chun In-gee, and as Chun’s challenge faded in the third round, Ko got off to a sluggish start on the final day, parring the first seven holes before storming back with five birdies in the final six.