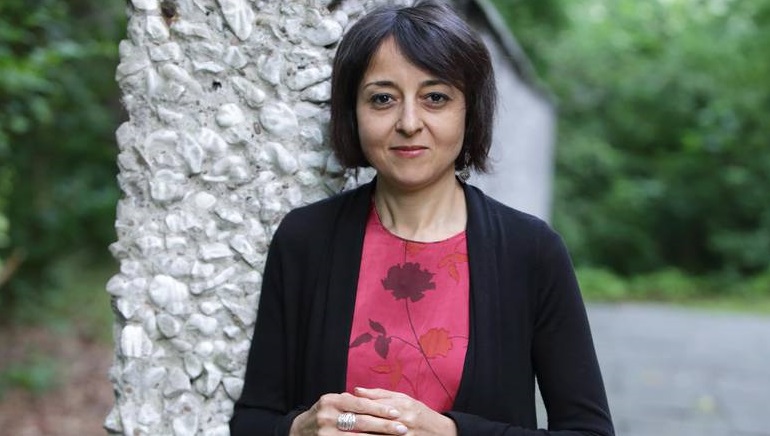 Egyptian poet, writer, academician, and translator- Iman Mersal – became the first African woman to win the prestigious Sheikh Zayed Book award. She is an associate professor of Arabic literature and Middle Eastern and African studies at the University of Alberta, Canada. Currently, she holds an Albert Camus chair at the IMéRA and resides in Marseille, France.

‘Her whispering voice, fleeing depression’ led this lost Egyptian poet to bag the biggest literary prizes in the world. ‘I Look Around Me’ from the collection ‘Words Without Borders’ is perhaps her shortest piece of work which was featured fifteen years ago which was translated in English from Arabic by Khaled Mattawa. Today she is welcomed as the 2021 winner in the literature of her creative nonfiction work Fee Athar Enayat Al-Zayyat ( In the Footsteps of Enayat Al-Zayyat), published in 2019 by Al kotob Khan Library. She is also among the most adamantly acclaimed laureates of the Sheikh Zayed Book Awards. Enayat Al-Zayyat book’s subject is about a writer who took her own life at the age of 27 before her novel could publish, Love and Silence.

Iman Mersal has been conferred with the medal and certificate along with a whopping amount of 750,000 UAE Dirhams (US$204,192) awarded by Sheikh Zayed.