In a First, Woman Officer Operationally Deployed in Siachen Glacier 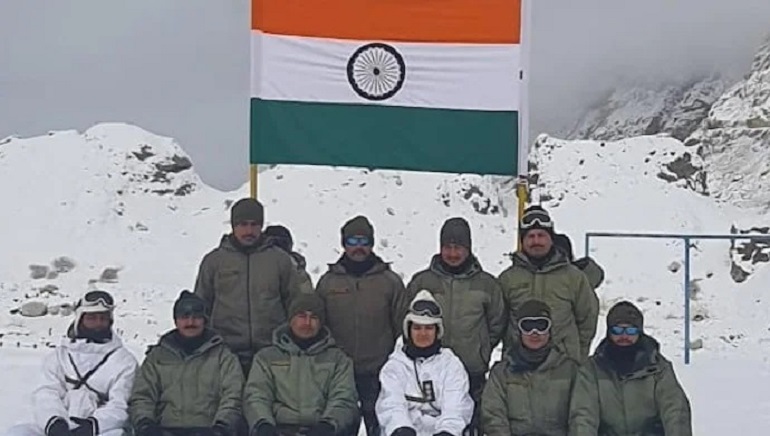 In a First, Woman Officer Operationally Deployed in Siachen Glacier

Indian Army’s Fire and Fury Corps officer, Captain Shiva Chauhan has become the first woman officer to be operationally deployed at the highest battleground in Kumar Post on the Siachen glacier.

In a tweet, the official account of the Fire and Fury Corps celebrated Captain Shiva’s feat with the caption, Breaking the Glass Ceiling. The Indian Army Officer had to undergo arduous training before her posting in Kumar Post located at an altitude of 15,632-feet after a month of gruelling training at the Siachen Battle School. The training included endurance training, ice-wall climbing, avalanche and crevasse rescue and survival drills.

Located in the Karakoram Range, the Siachen Glacier is the highest battleground on earth, where India and Pakistan have fought intermittently since 1984.

Captain Shiva Chouhan, who hails from Rajasthan, is a Bengal Sapper Officer. Covering a distance of 508 km, she successfully led the Sura Soi Cycling Expedition from Siachen War Memorial to Kargil War Memorial conducted on the occasion of Kargil Vijay Diwas in July 2022. The officer then took up the challenge of leading the men of Sura Soi Engineer Regiment at Siachen. Based on her performance, Captain Shiva Chouhan was selected to undergo training at the Siachen Battle School.