In a sign of economic health, the US added 678K jobs in February 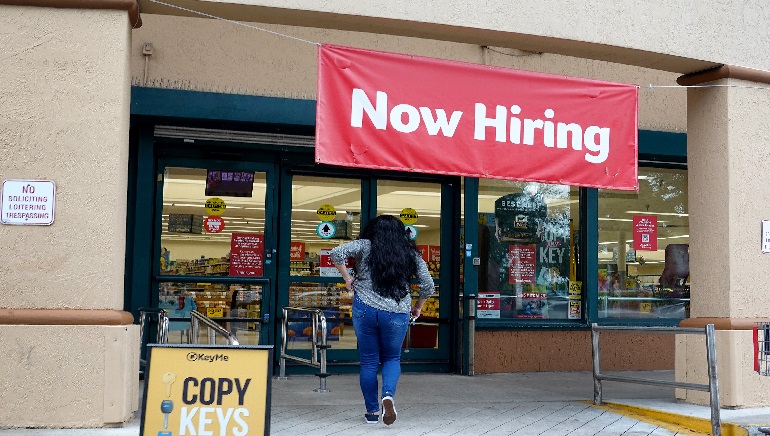 In a sign of economic health, the US added 678K jobs in February

According to the Labor Department, employers in the United States added 678,000 jobs in February, an increase that underlines the health of the American economy. Since the pandemic began two years ago, the unemployment rate dropped to 3.8% from 4% for this month.

US President Joe Biden said in his Friday statement that his plan to “build America from the bottom up and the middle out is working”. He said, “Since I took office, the economy has created 7.4 million jobs. That’s 7.4 million jobs providing families with dignity and a little more breathing room. We are building a better America”.

However, the economy is still short with 2.1 million jobs than it did before the pandemic hit the world, though the gap is closing fast.

Since 1982, inflation has reached its highest level squeezing America’s households and businesses with the costs of food, rent, and gasoline increasing sharply. The Federal Reserve is set to raise the interest rate by the end of the month- the first of many rates increases expected this year.

The consumer is said to be facing higher interest rates for home and auto loans, as well as for credit cards.