India and Germany call for a free, open, and inclusive Indo-Pacific 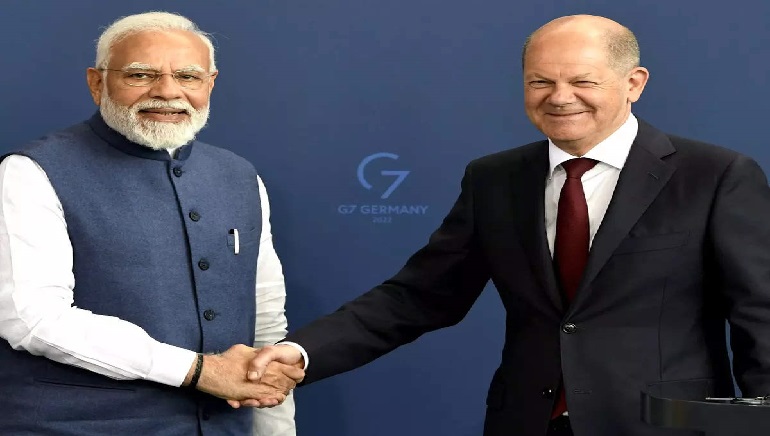 India and Germany call for a free, open, and inclusive Indo-Pacific

On Monday, India and Germany stressed the significance of a free, open and inclusive Indo-Pacific. In accordance with international law, both the nations underlined the importance of unimpeded commerce and freedom of navigation.

Following the sixth round of Inter-Governmental Consultations, Prime Minister Narendra Modi and German Chancellor Olaf Scholz issued a joint statement. Scholz called the Indo-Pacific one of the most dynamic global regions in his remark at the joint press event with Mr Modi. Indo-Pacific is also confronted with a number of conflicts and challenges.

According to him, Germany will continue to strengthen its commitment to various projects on the ground, including India as its most important partner in the region.

Meanwhile, Mr Modi said on Twitter, “The 6th India-Germany Inter-Governmental consultations were productive. Chancellor Scholz and I. along with ministers, officials from Germany and India discussed ways to boost cooperation in areas like sustainable development, mobility, economic growth and more”.

The statement further relieved that both the leaders condemned terrorism in all forms and manifests including any use of terrorist proxies and cross-border terrorism. They called all countries to work towards rooting out terrorist safe havens and infrastructure. They seek to disrupt the terrorist’s network and financing in accordance with international law along with international humanitarian law.