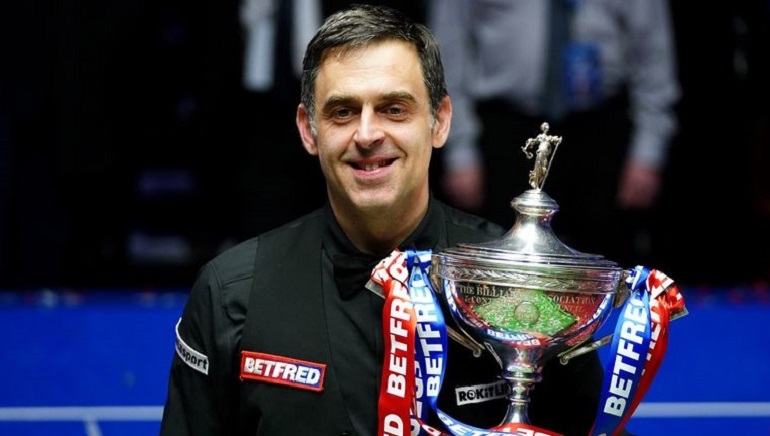 O’Sullivan started the session by leading at Sheffield’s Crucible Theatre in the best 35-frame contest until world champion Trump bounced back from 12-5 down overnight. Despite losing his first session, 46-year-old O’Sullivan- the oldest World Championship finalist since mentor Ray Reardon in 1982, surged ahead before sealing victory with a break of 85.

He said in an interview, “I’ve never bothered about the record- when you get them, it’s kind of nice, I’ve never performed well if going for that, I’ve just tried to enjoy my game. I don’t have a target. I like to win but it’s not the be-all and end-all”.

He is nicknamed ‘Rocket’ for his speed around the table and is known as the most naturally talented snooker player in history. In a tribute to Trump, he said his opponent was already an “all-time great” because of his attacking style. To which Trump modestly said, “It’s been a pleasure to share a table with him. It’s an amazing achievement and he is the best player of all time and I was just glad to make a match out of it.