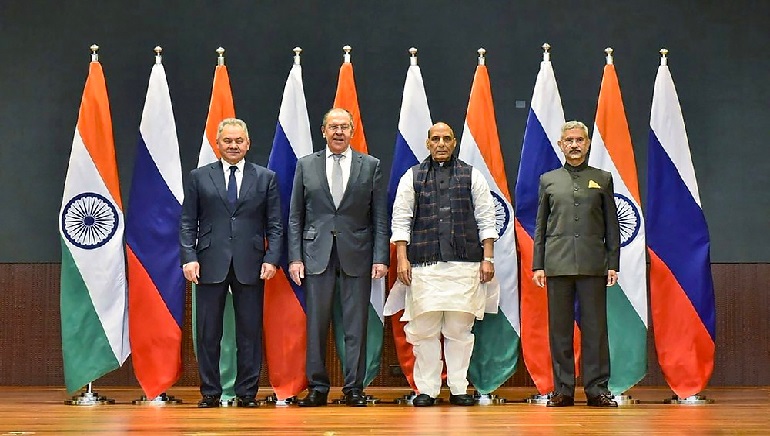 Asked if India raised the issue of the eastern Ladakh standoff with Russia, Mr. Shringla, without giving a specific answer, said that all concerns relating to India’s security were discussed.

The Russian President said that they perceive India as a great power, a friendly nation, and a time-tested friend. Mr. Putin further said that the relations between the two nations are growing, and that they cooperate in the military sphere like no other country.

Mr. Putin arrived in India on Monday and this is his only second work trip outside Russia since the outbreak of Covid19. This was the first in-person meeting between the Indian and Russian Prime Minister after their meeting on the sidelines of the BRICS summit in Brazil in November 2019.