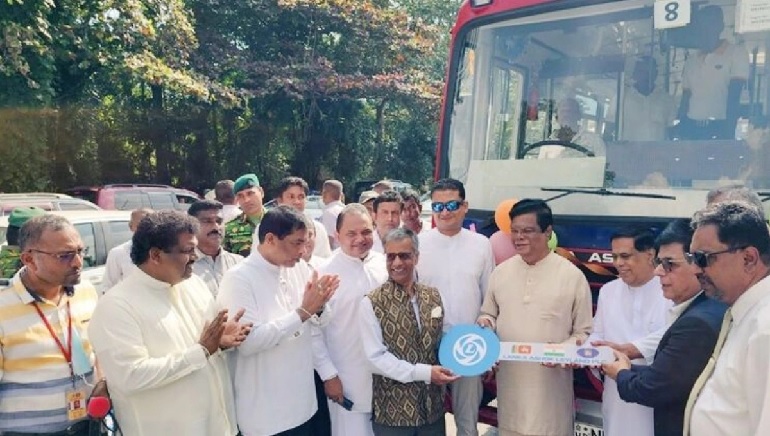 India handed over 75 passenger buses to Sri Lanka on January 8 as a part of assistance to strengthen the public transport infrastructure of the debt-ridden country.

Under the Neighbourhood First policy, India has been extending multi-pronged assistance to pull Sri Lanka out of the worst economic and humanitarian crisis it has seen since its independence in 1948. The island nation, with a population of about 22 million, has been battling shortages of essentials, from fuel to food, for months. In May 2022, the country declared that its foreign exchange reserves had dropped to a record low, and had a debt default of over $51 billion in foreign loans for the first time in its history. Extending a much-needed lifeline to its neighbour, India gave an aid of nearly $4 billion to Colombo.

The Indian High Commission in Sri Lanka, in a statement, said that 500 buses will be supplied to Sri Lanka through Indian assistance towards strengthening public transport infrastructure. Earlier, India had handed over 125 SUVs to Sri Lanka Police under the line of credit to resolve the mobility restriction issues faced by the police.

The Neighbourhood First Policy of India focuses on peaceful relations and collaborative co-development with its South Asian neighbours.