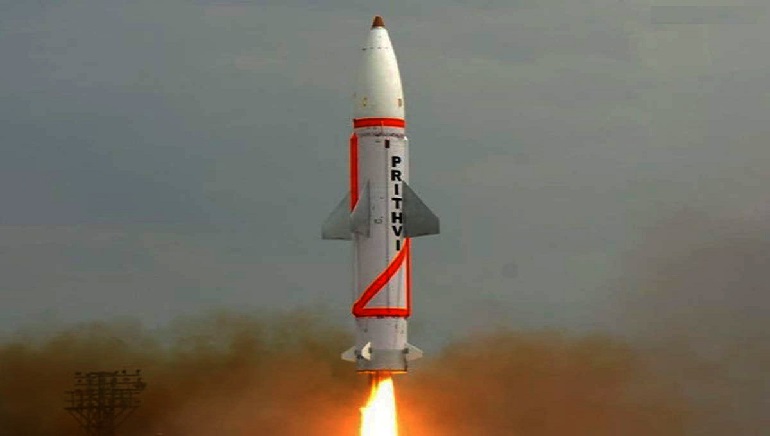 India successfully carried out a test launch of tactical ballistic missile Prithvi-II from a test range off the Integrated Test Range, Chandipur off the coast of Odisha on Tuesday.

The Prithvi-II Short Range Ballistic Missile (SRBM) missile, with a range of around 350 kilometres, struck its target with “high accuracy,” said the Defence Ministry in a statement. It said the “user training launch” successfully validated all operational and technical parameters of the missile.

A well-established system, the SRBM has been an integral part of India’s nuclear deterrence. The training launch of the nuclear-capable Prithvi-II struck its target with high precision.

The Prithvi-II SRBM was inducted into the Strategic Forces Command in 2003. It is the first missile to be developed under Defence Research and Development Organization’s prestigious Integrated Guided Missile Development Program (IGMDP). The surface-to-surface missile is powered by light propulsion twin engines. It uses an advanced inertial navigation system to engage its target with enhanced precision and is capable of carrying payloads weighing 500 kg to 1000 kg.