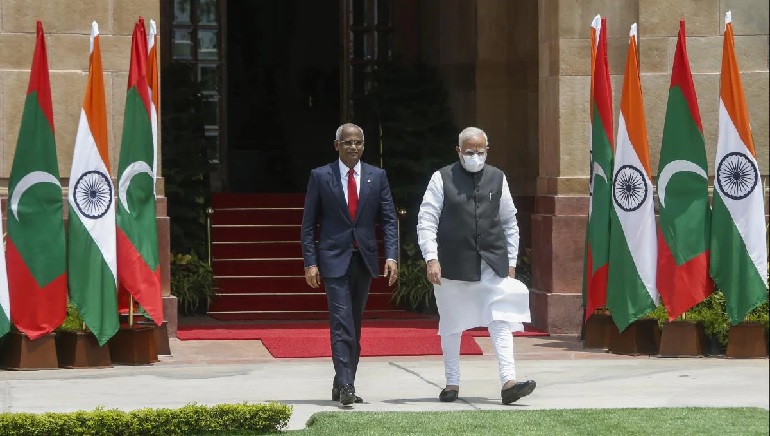 India and Maldives on Tuesday signed six pacts to boost cooperation in many important areas with Prime Minister Narendra Modi, stating that New Delhi has been and will continue to help the neighboring country if they face a crisis.

After holding talks on diverse topics with visiting Maldivian President Ibrahim Mohamed Solih, Modi announced a line of credit of USD 100 million for the island nation for the completion of development projects within a stipulated time.

“We have also decided to provide an additional line of credit of USD 100 million so that all projects can be completed in a time-bound manner,” he added.

The prime minister asserted the threat of trans-national crime, terrorism, and drug trafficking is crucial in the Indian Ocean, and close India-Maldives relations played a key role in promoting peace in the entire region.

He said the India-Maldives’ close ties are not only beneficial to the citizens of both countries but are also a source of peace and stability for the entire region.