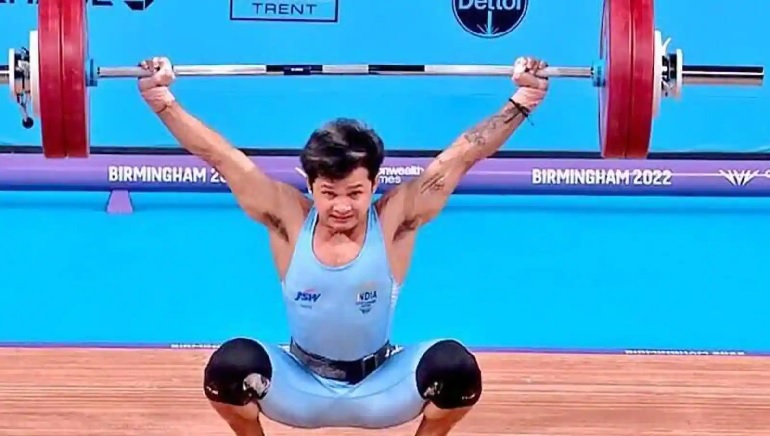 Young weightlifter Jeremy Lalrinnunga on Sunday claimed the second gold medal for India at Commonwealth Games 2022 by lifting a record-breaking 300 Kg in the men’s 67kg category. The first yellow medal was claimed by Olympic medalist and champion weightlifter Mirabai Chanu.

In the snatch category, Lalrinnunga had achieved a record-breaking 140 kg lift and 160 kg in the Clean and Jerk category, which together gave him a lift of 300 kg, a record at the Commonwealth Games.

In the snatch category, he aimed to improve his record by going for 143 kg in his final attempt, but couldn’t succeed. At the end of the snatch event, Edidiong Joseph Umoafia stood second with 130 kg and Samoa’s Vaipava Ioane stood third with 127 kg. With Lalrinnunga leading, proceedings went on to the Clean and Jerk category.

Jeremy Lalrinnunga, who suffered an injury, said, “The warm-up was very good but after a point, my front thigh and inner thigh muscles started to cramp, due to which I could not walk for a while and could not cross the 140kg mark during warm-up:”

Prime Minister Narendra Modi congratulated him and said, “Our Yuva Shakti is creating history!” “Congratulations to Jeremy Lalrinnunga, who has won a Gold in his very first CWG and has set a phenomenal CWG record as well. At a young age, he’s brought immense pride and glory. Best wishes to him for his future endeavors.”