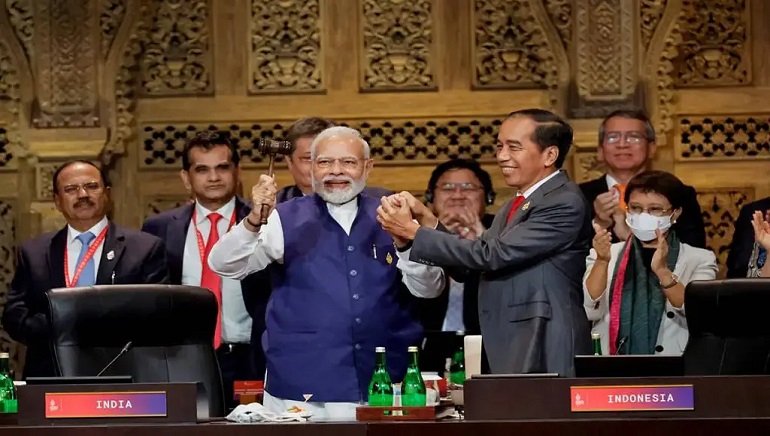 Prime Minister Narendra Modi on Sunday said that assuming the G20 presidency was a huge opportunity for India and that the country must utilise it by focusing on global good and welfare. The Prime Minister said this during his monthly radio broadcast, Mann Ki Baat.

India will officially assume the G20 presidency from the current chair Indonesia on December 1. In his latest monthly radio address, Narendra Modi said that India can provide solutions to the varied challenges being faced globally. “Be it peace or unity, sensitivity towards environment or sustainable development, India has solutions to challenges related to all such things,” he said.

Prime Minister Narendra Modi also spoke about the power of music, and the spread of Indian music. He made a mention of Greek musician Konstantinos Kalaitzis and played out the singer’s version of Mahatma Gandhi’s favourite bhajan, “Vaishnava Jana to”. He said that the fame of Indian music had spread far and wide, with India exporting many musical instruments to aficionados abroad, and Indian musical traditions in Guyana and other countries where centuries ago Indians had settled.