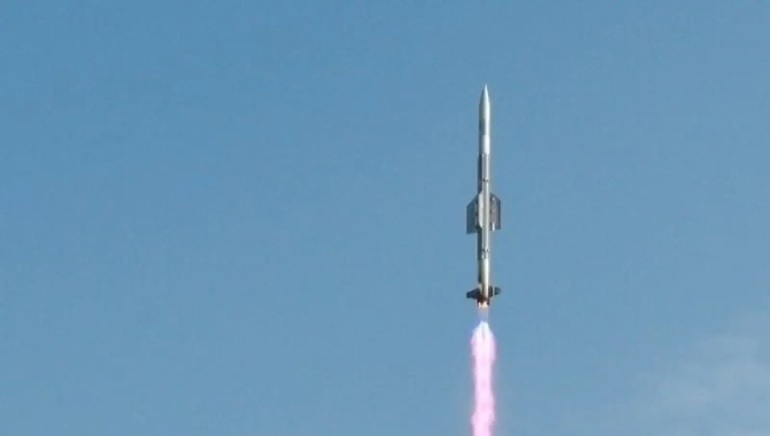 The flight test of VL-SRSAM was conducted by the Defence Research and Development Organisation (DRDO) and the Indian Navy.

It was executed from an Indian naval ship against a fast-speed unmanned aerial target for indicating vertical launch capability, DRDO sources said.

The missiles, furnished with indigenous radio frequency (RF) seeker, cut off the target with perfect accuracy. The VL-SRSAM system has been indigenously manufactured and designed by DRDO.

An official statement said that the launch was under surveillance of senior scientists from various DRDO laboratories engaged in the design and development of the system such as the Defence Research and Development Laboratory (DRDL), Research Center Imarat (RCI), Hyderabad, and R&D Engineers, Pune.

Defence Minister Rajnath Singh complimented DRDO, Indian Navy, and associated teams on the successful flight trial of VL-SRSAM and said that the missile would help augment the force of the Indian Navy.